At the end of the 12th century and throughout the 13th and 14th centuries, the free Commune of Ancona had become an important hub along the eastern Mediterranean trade routes and thus experienced a period of great urban expansion. In the area of Lungomare Vanvitelli, amidst the remains of buildings and monuments bearing witness to a variety of historical periods, stands the Mediaeval construction known as the Captain’s House, a private home dating back to sometime between the late 12th century and the early 13th century. This heavily restored building is a praiseworthy relic of the Mediaeval Port neighbourhood, originally surrounded by other coeval buildings of which traces have been found during various digs, all placed along Via del Porto, one of the most important and distinctive thoroughfares of this neighbourhood as well as the entire city. The digs have also shown us that the entire block underwent repeated renovations, the most evident of which being the setting back of the façades of the Mediaeval buildings between the 17th and the 18th century to broaden the very narrow Via del Porto. Aside from these works, the urban structure was for the most part preserved in its essential features until the bombings of WWII, as documented by historical maps preserved in the archives. The sea-facing façade of the Captain’s House, which until the last war opened onto a narrow alleyway connected to Via Sottomare, is the best preserved and presents broad pointed arches surmounted by a row of smaller blind arches. The side facing the hill used to open onto Via del Porto and was much tampered with, though we may still observe original fragments of the upper floor where the road once made a bend. 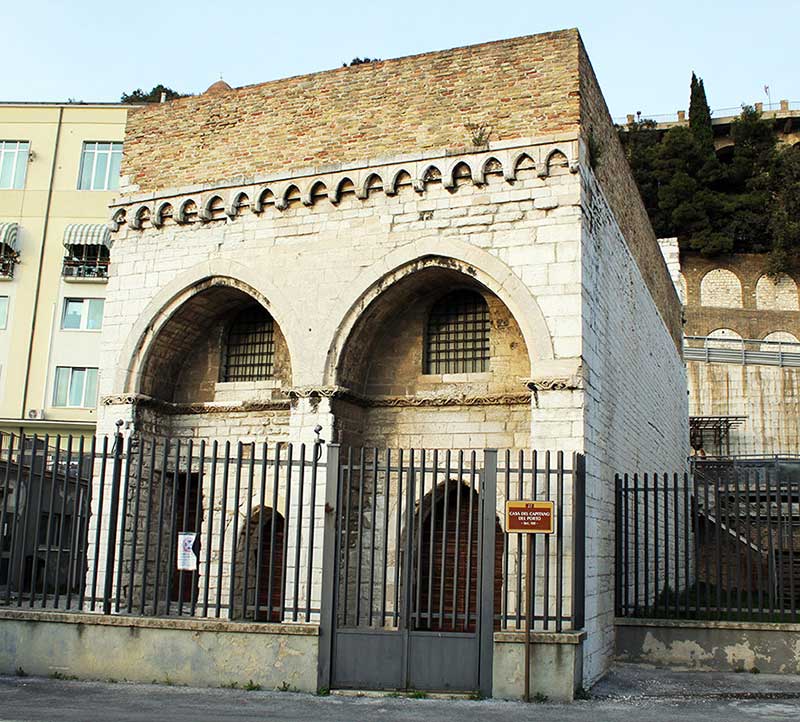 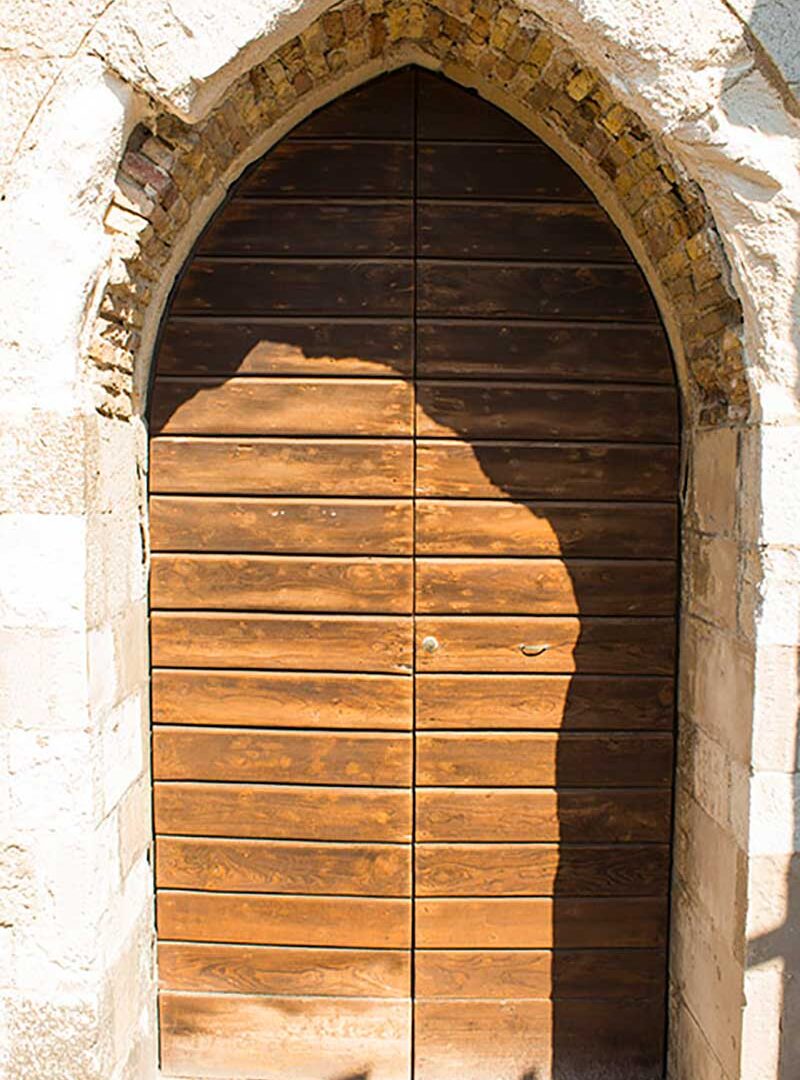 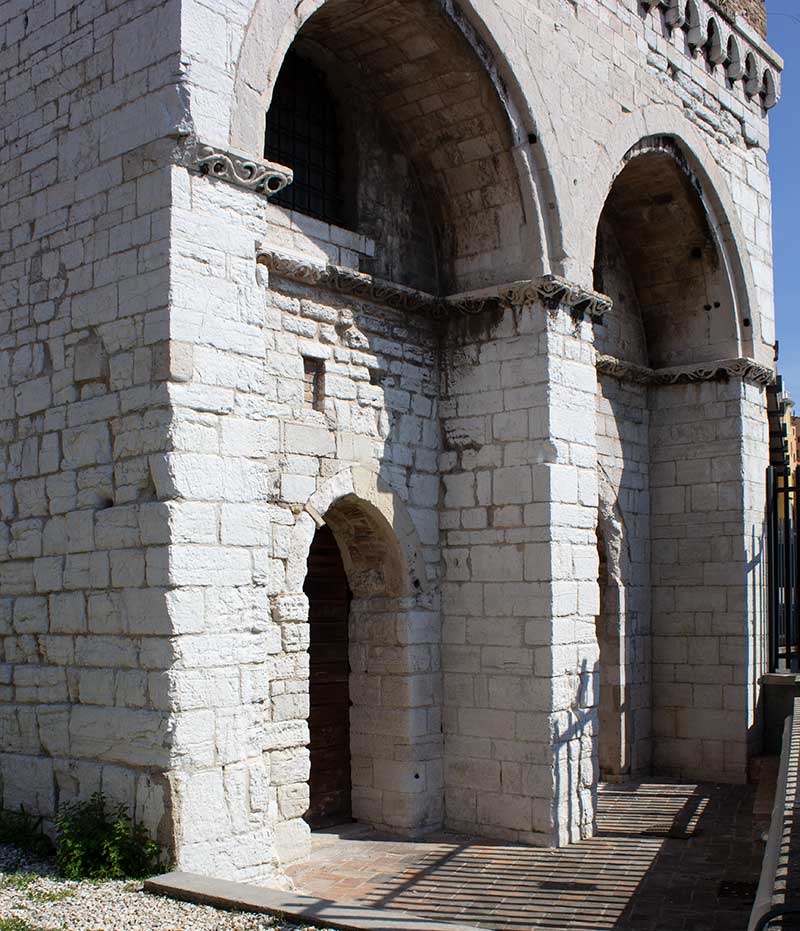 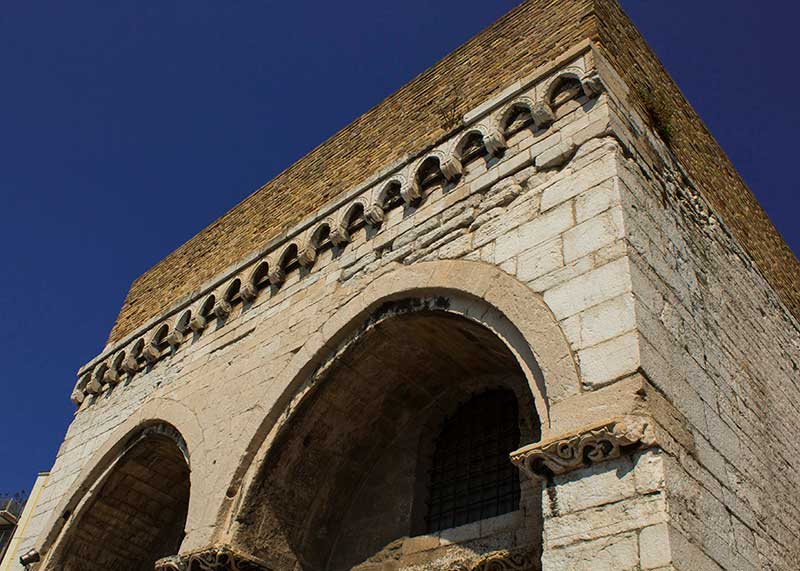