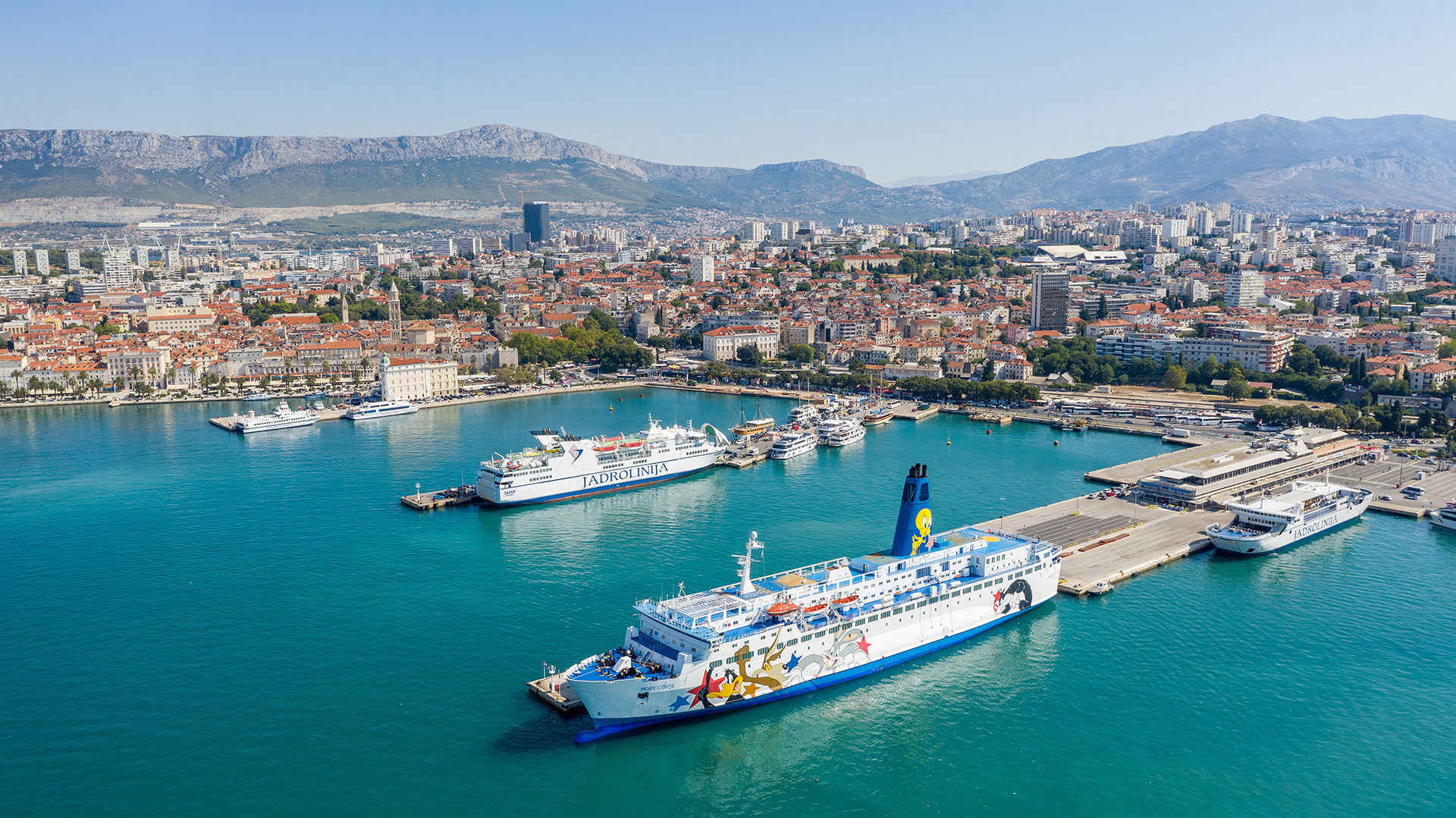 The first foundations for nowadays Split were laid by Greek settlers from the island of Vis, when, in the 4th or 3rd century they established Aspalatos, the station for trade with neighbouring Illyrian tribes.

Upon Roman conquest of Illyrian Salona, Aspalatos fell under the rule of Rome (Spalatum). Roman Emperor Diocletian abdicated in 305 A.C. and moved into the Palace which he had built in the peaceful bay, unaware of his setting the foundations for future port and maritime town of Split.

In the 12th century, due to its geographic position which enables close contact with the land and deep countryside, and alike traffic interchange with the settlements in the Adriatic and Mediterranean Sea, Split developed land trade caravan routes and maritime trade through its port. At that time Split became autonomous maritime town, extending beyond the walls of Diocletian Palace. The City disposed with its warships and army, its own revenues, entered trade agreements with the other free cities, forged money “spalatin”, had the port with the shipyard and the merchant navy, transporting passengers and goods across the Adriatic and the Mediterranean.

In the 6th century Split became central export harbour of Balkan Peninsula. Thus, the trade caravans used to come to Split from the entire Ottoman Empire, even from India, Persia, to be further transported from Split to Venice, accompanied by armed galleys. Even the goods from Venice were exported to Ottoman territories through Split. “Lazaret” was also built (place used for decontamination of goods and as a quarantine), and the first financial institution (bank) was established.

After the fall of the Republic of Venice in 1797, Split was under Austrian occupation until 1806, followed by French rule from 1806 to 1813. In that period trade flows had chosen other routes, therefore Split, thanks to its newly built roads maintained trade relations with strong Bosnian hinterland, Serbia, even with Bulgaria and Romania, transporting goods into its famous Lazaret, wherefrom it was further taken over by ships from Adriatic Sea and Black Sea.

Lazaret of Split was closed during the second Austrian rule (1813 – 1918), and the caravans were forbidden the arrival to Split, which resulted in stagnation of Split economy. After the year 1850 Split recorded gradual economic growth, developing into trade centre for its surrounding hinterland and neighbouring islands. The large breakwater was built, promoting development of Split port. The railway line was also built up to Siverić and Knin, and in 1925, through Gospić, it was connected to the railway Rijeka- Zagreb- Belgrade. In 1882 Split already had the image of political, cultural, national and commercial heart of Central Dalmatia, encompassing its land and littoral parts.

Industrial development in the region by the beginning of the 20th century made Split Port the centre for cargo traffic in this part of Adriatic.
In recent times we face extension of city port, building of new specialised cargo terminals, and therefore passenger traffic has been separated from cargo traffic. Consequently, the southern part of Split Port, close to city core is used for passenger traffic, and the cargo traffic is re-directed to industrial zone, north part of the Port – Vranjic-Solin basin and Kaštela basins.