The cultural heritage of the port city Dubrovnik

Dubrovnik is the most important historical port of the eastern Adriatic. Its geographical position in the open sea of the southern Adriatic Sea and connections with the inland Balkan territories secured both maritime and mainland trade which was the driving force and foundation of its growth and economic prosperity. Two of the most frequently occurring winds in the area – the bora (northeast) and sirocco (southeast) allowed for successful maritime journeys during departures from Dubrovnik towards the open Mediterranean Sea (north-northeast) and for return journeys to Dubrovnik from distant destinations outside of the Adriatic (southeast). Dubrovnik’s old port is open to the south and to the southern winds, from which it is partially protected by the small island of Lokrum and its breakwaters, while mount Srđ provides protection from the northern bora.

The southwestern part of Dubrovnik was at first an island separated by a channel from the mainland. The first settlers who escaped from the ravaged Epidaurus found cover and much needed shelter there. The subsequent land reclamation process transformed it into a peninsula.  Dubrovnik grew on top of this difficult-to-reach pile of rocks which gave the original settlers a much-needed sense of safety, important for the survival, in tumultuous times, from barbaric invasions from the deep recesses of the continent. As early as the 10th century AD the city expanded and erected its city walls. In the 12th century the channel which had separated the oldest part of the city from the mainland was filled with land. At that same time the port of Dubrovnik was built in the exact same spot where the present-day port is. However, this original port was open to the eastern and southern winds and provided poor shelter for its boats. In was not until the 15th century, in 1485, when local craftsman Paskoje Milićević built a breakwater called Kaše at the port entrance, as a defense against the waves. The breakwater had two separate entrances, one for larger boats and another for smaller ones.

In 1205 Venice overturned the Byzantine government in Dubrovnik, thus installing itself as the city’s ruler until 1358. Venetian rule limited tha autonomy of Dubrovnik and installed a Venetian duke at the head of the local government who looked out for Venetian interests. The Venetian rule of Dubrovnik saw the expansion of its administrative territory. In 1252 the island of Lastovo came under Dubrovnik’s rule, as did the Pelješac Peninsula in 1333 and the island of Mljet in 1345.

The 14th century saw an expansion of an already highly developed trade with Dubrovnik’s inland territories. The caravan routes were used for the transportation of goods from Dubrovnik to Bosnia and Serbia. This continental trade was even more intense than the maritime trade, until the early 14th century, and in the second half of the 14th century Dubrovnik’s maritime trade greatly surpassed its land trade. As Venice withdrew its ships from Dubrovnik’s merchant fleet, 14th-century Dubrovnik developed the more intense building of larger merchant ships. The second half of the 14th century saw a sudden increase in the intensity of Dubrovnik’s maritime trade. Trade connections with southern Italy, Sicily, Syria and Egypt were vibrant again, and merchant connections with Aragon (Spain) and French Mediterranean ports were set up in the 15th century.

In the 17th century, with the rise of the cross-Atlantic trade, Dubrovnik experienced the decline of its commercial activities with a weakened economy as the result. A devastating earthquake which struck the city in 1667 also caused a major setback.  However, even amidst all these difficulties, Dubrovnik managed to rebuild itself and its merchant fleet. On the eve of the Republic of Dubrovnik’s fall, it had as many as 280 boats and a strong economic potential.

Dubrovnik’s fleet was frequently faced with pirate attacks. Since it had no military navy, Dubrovnik armed its trade ships for situations which called for warfare at sea. They also had a few galleys and galley-foists which they used to confront the pirates. Dubrovnik rarely initiated its own maritime battles but it did participate in naval battles in which the navies of its sovereigns participated. Dubrovnik expanded its territory by purchase and not by war conquest. Its merchant fleet was always armed so it could fight off the pirates at sea. Official Dubrovnik City government policy was that of conflict avoidance in order to preserve its neutrality. It took special care of its relationship with Turkey. But they also avoided participation in battles headed by the Turkish navy, although they did on occassion transport weapons for them.

The seamen of Dubrovnik were highly esteemed in the city, and the greatest of them left a deep mark in the collective memory. People told stories about them, their adventures became legendary, and some captains and boatowners were bestowed the highest honors by the city of Dubrovnik. The most famous among them was a boatowner from Lopud, Miho Pracat Pracatović (1522 -1607). He left a large part of his estate to charity and the Republic erected a monument to him in the Duke’s Palace (Knežev Dvor). The Ohmučević family, from the town of Slano, was renowned for seamanship in the period between the 15th and 18th centuries, as was Vice Bune from the island of Lopud, in the 16th century, and the Sagroević family from the island of Šipan. Nikola Sagroević was also a writer of nautical works of which we have preserved his discussion on the tides titled Reasoning on the Variety of Tides in the Western Ocean, published in Venice in 1574. The Stjepanović Skočibuha family was also renowned. Ivan Račić (1845 – 1918), originally from the village of Plata near Cavtat, left his fortune to the city of Dubrovnik for charitable causes.

The oldest shipyard was located in the northern part of the city port. The new shipyard was built in the Gruž port in 1526. Aside from locals, many boatbuilders from Korčula worked in this shipyard. Korčula was the center of boatbuilding in the Adriatic at the time. 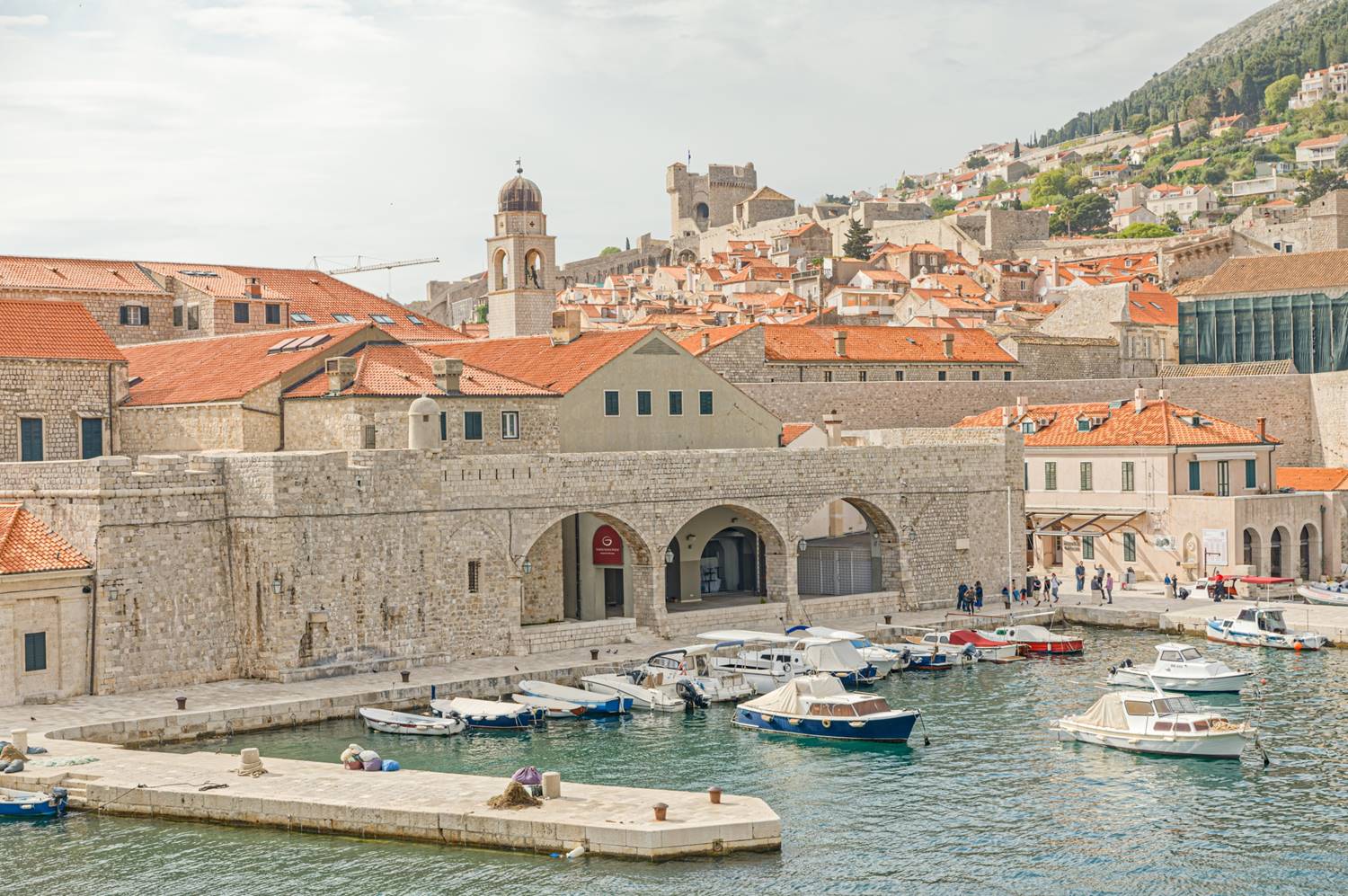 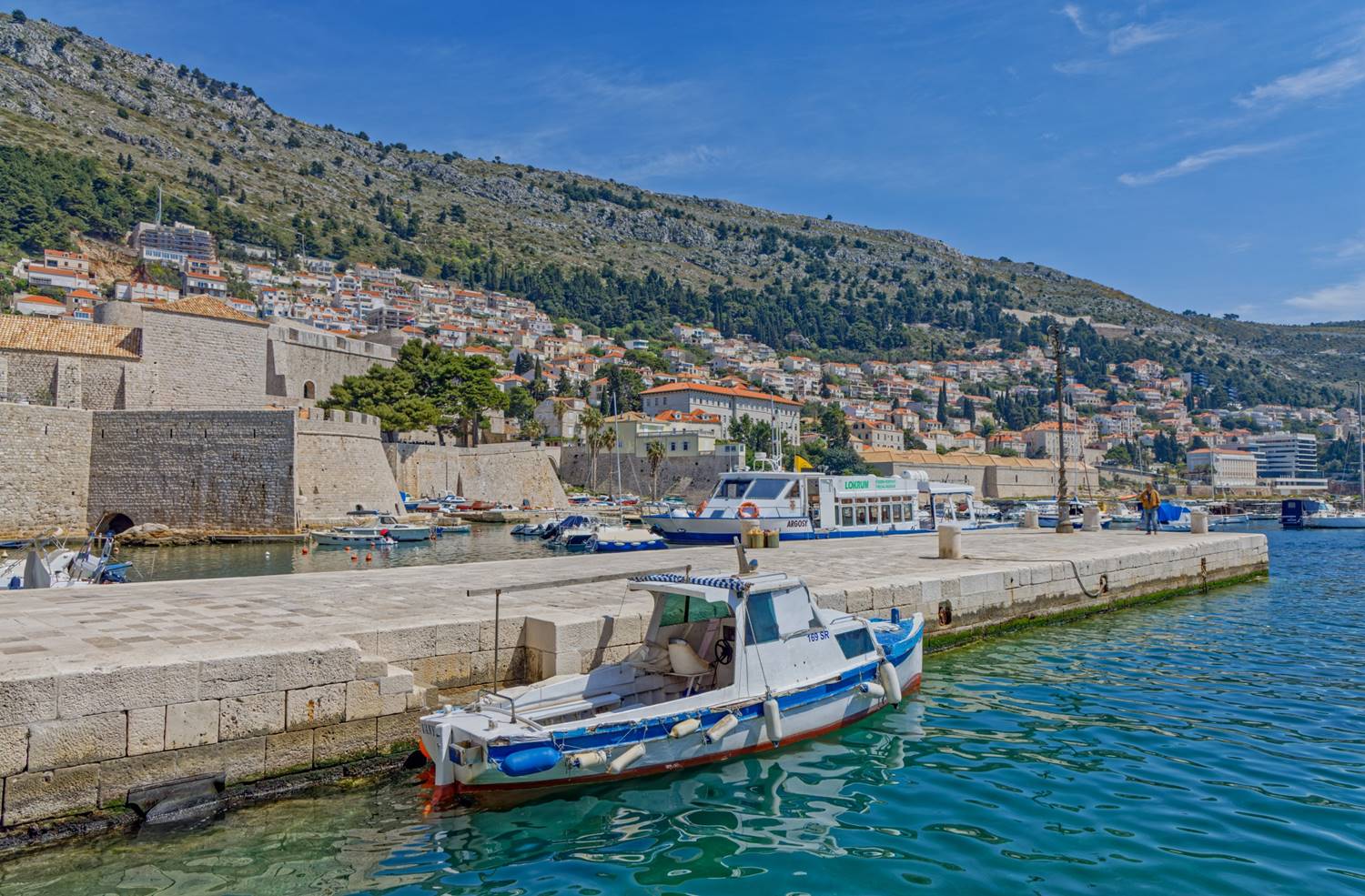 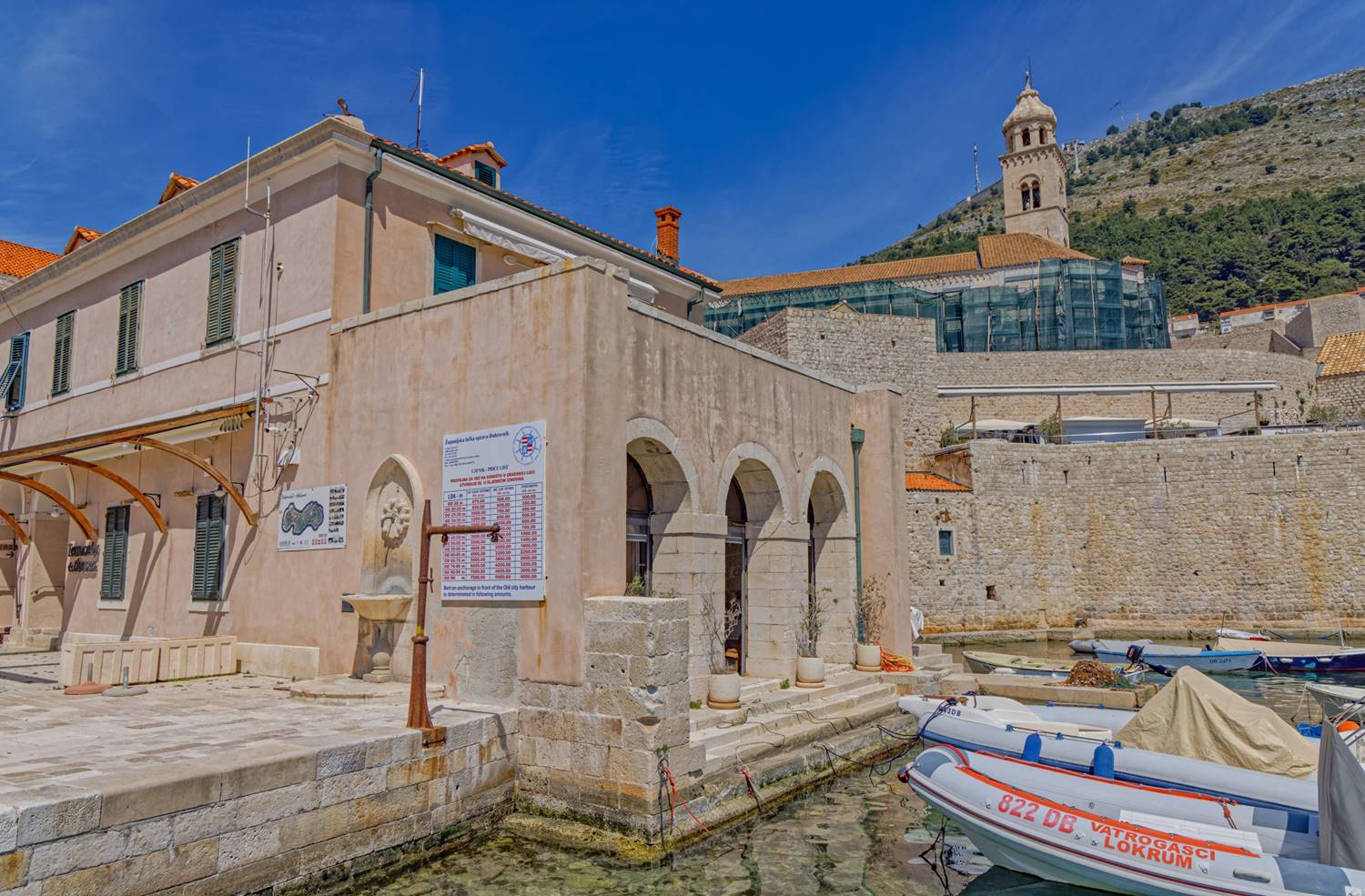 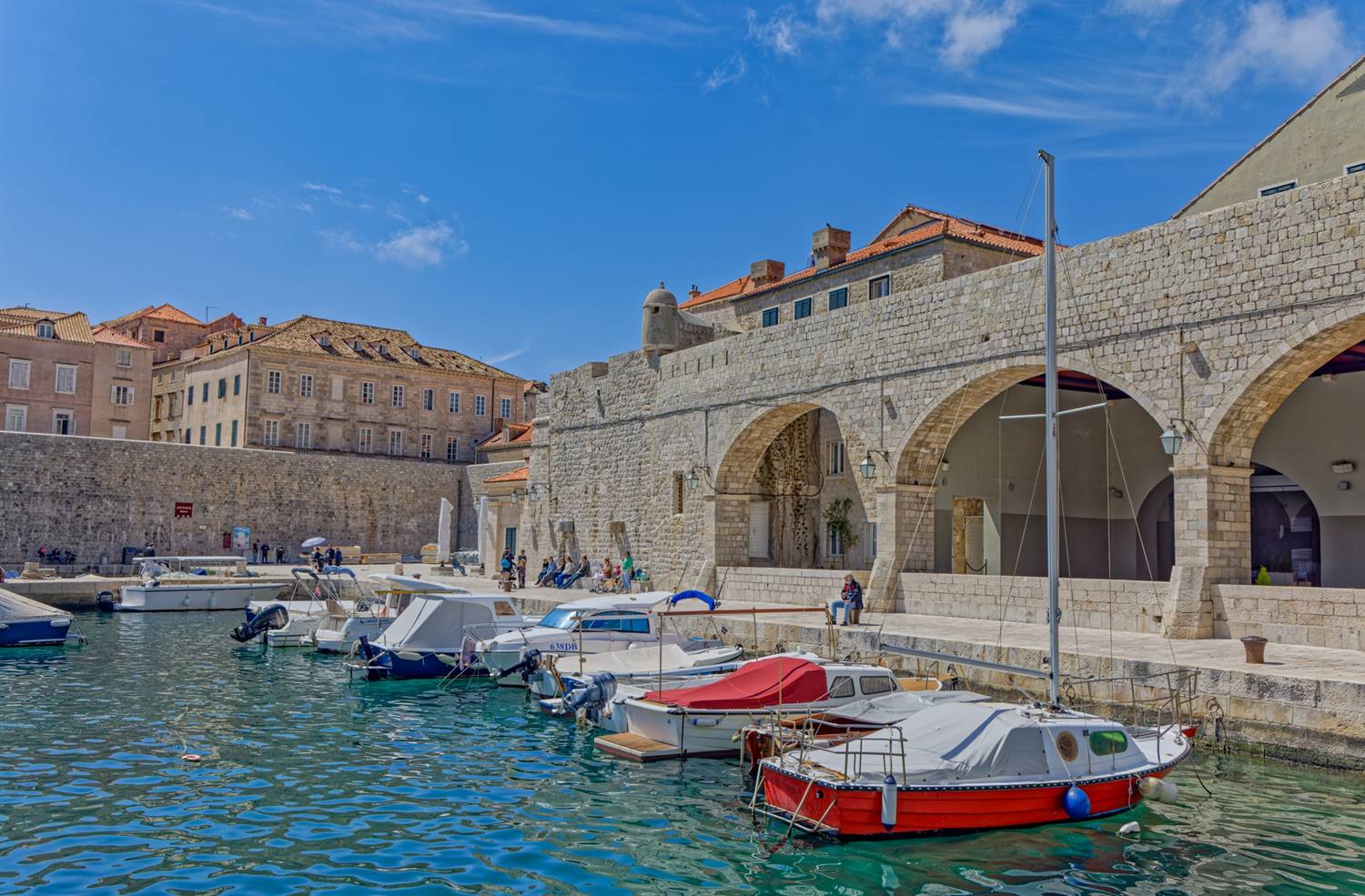 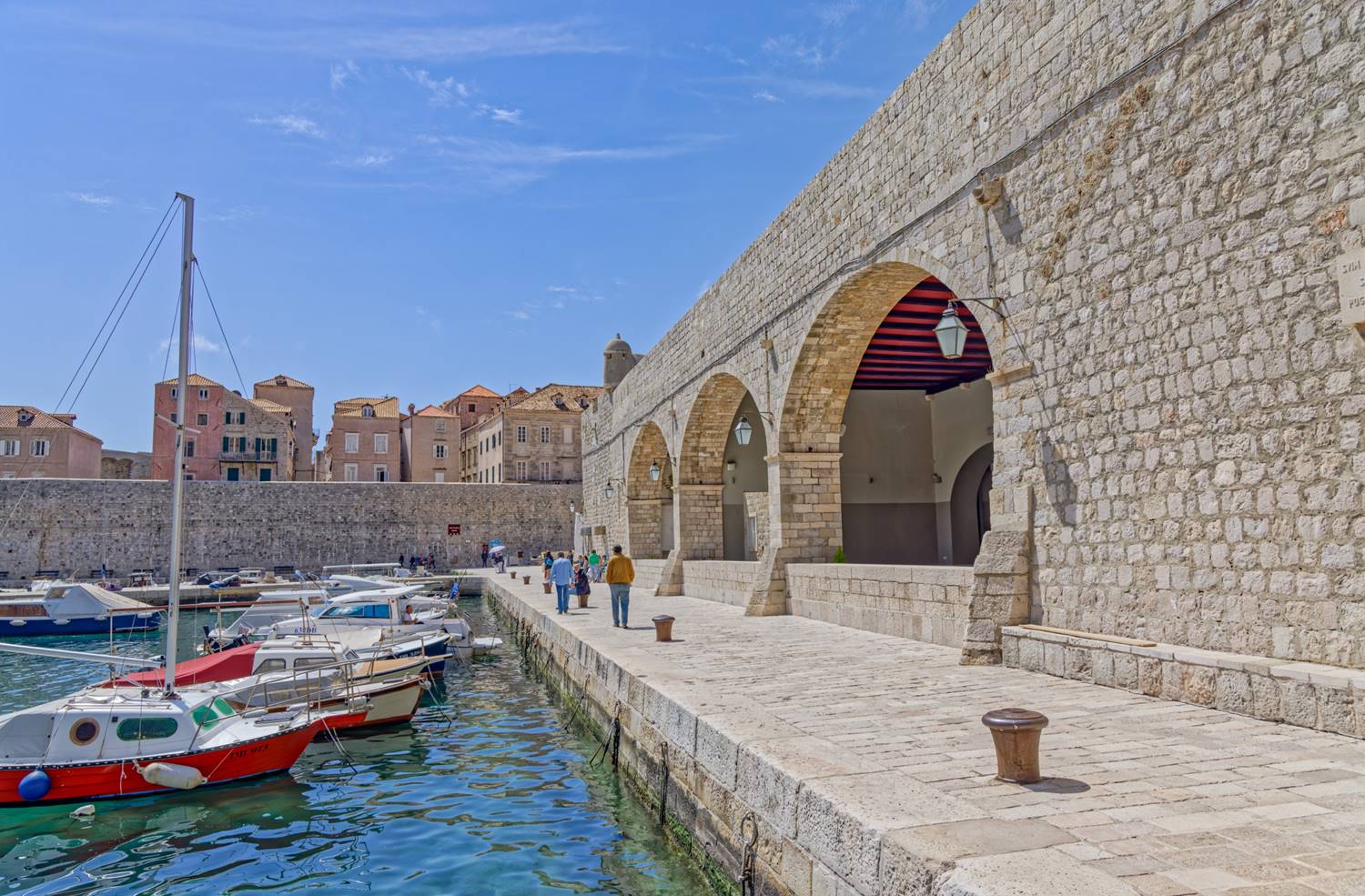