The painted port is a contemporary monument, ahead of its time by nearly twenty years with its now iconic murals and street art. These works have been signed by local, national, and international artists. They are everywhere, they crop up between the curves in the viaducts and the road signs, they decorate the massive concrete pylons, they unfold along walls, and between the wild grasses and the fences. They watch and welcome new arrivals: right in front of the Mole are the large eyes drawn by Run, their open, head-on gaze directed between the Arches and the Mandracchio, their back to the parking lot, under the intersecting train tracks; nearby, Andreco’s whale extends across the concrete slats of the fish market designed by Gaetano Minnucci, a masterpiece of Twentieth century Italian architecture; close-at-hand, the embracing cormorants, the pixel-shaped faces on the wharf, and in the distance, Monica Vitti, on the wall of the embankment under the Lanterna. With its vocation for modernity, the port has welcomed Blu and Ericailcane’s Bottles on its silos, as well as the many works found in the halls of Porta Pia and in the Padiglione dei Retari. Fish, bodies, faces, real and imaginary natural landscapes, bright colours and strong outlines, alien creatures and a longing for the sea. This is the view from the car window, a combination of sirens, junctions, and boarding areas. This is the street speaking. 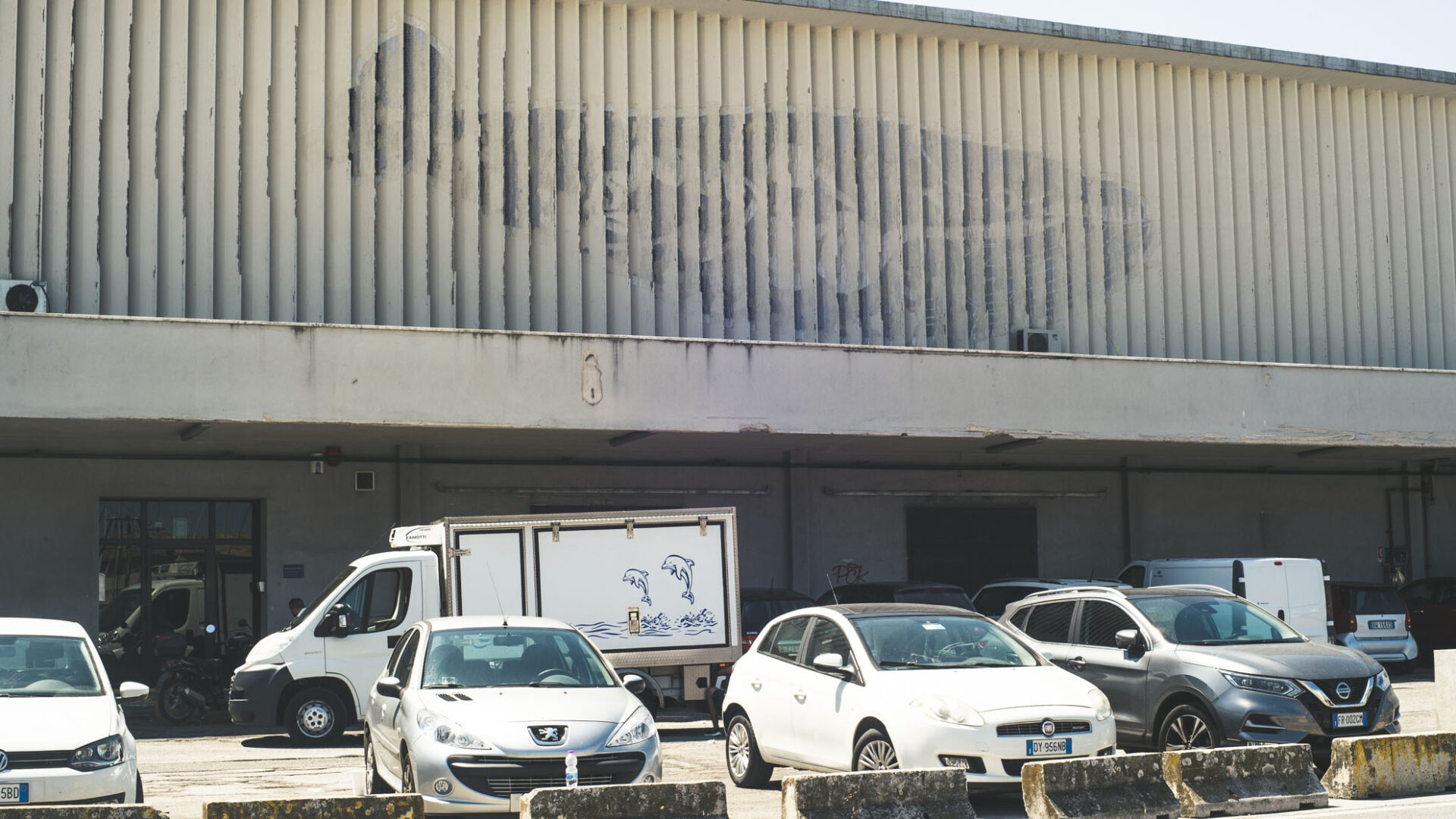 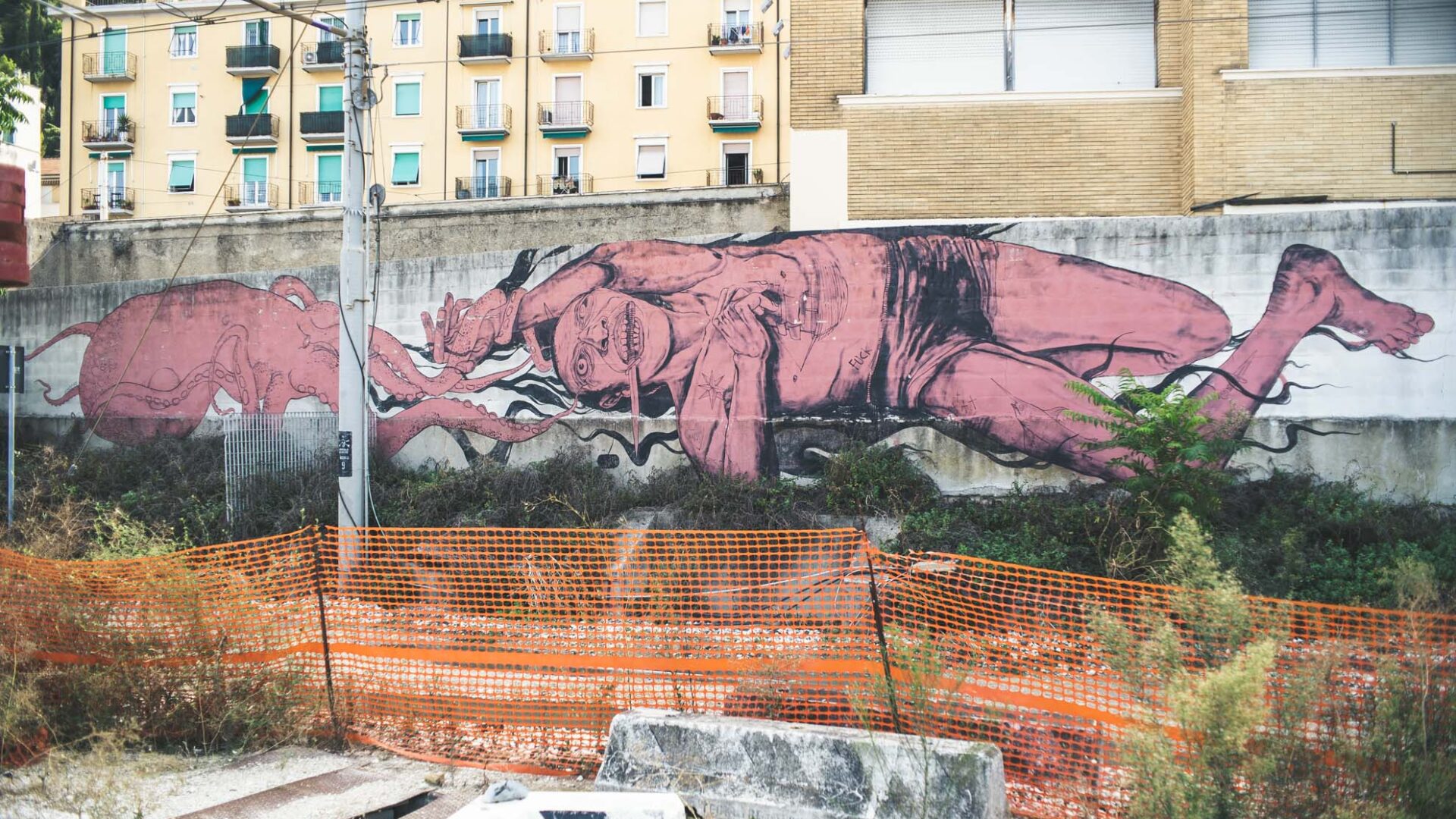 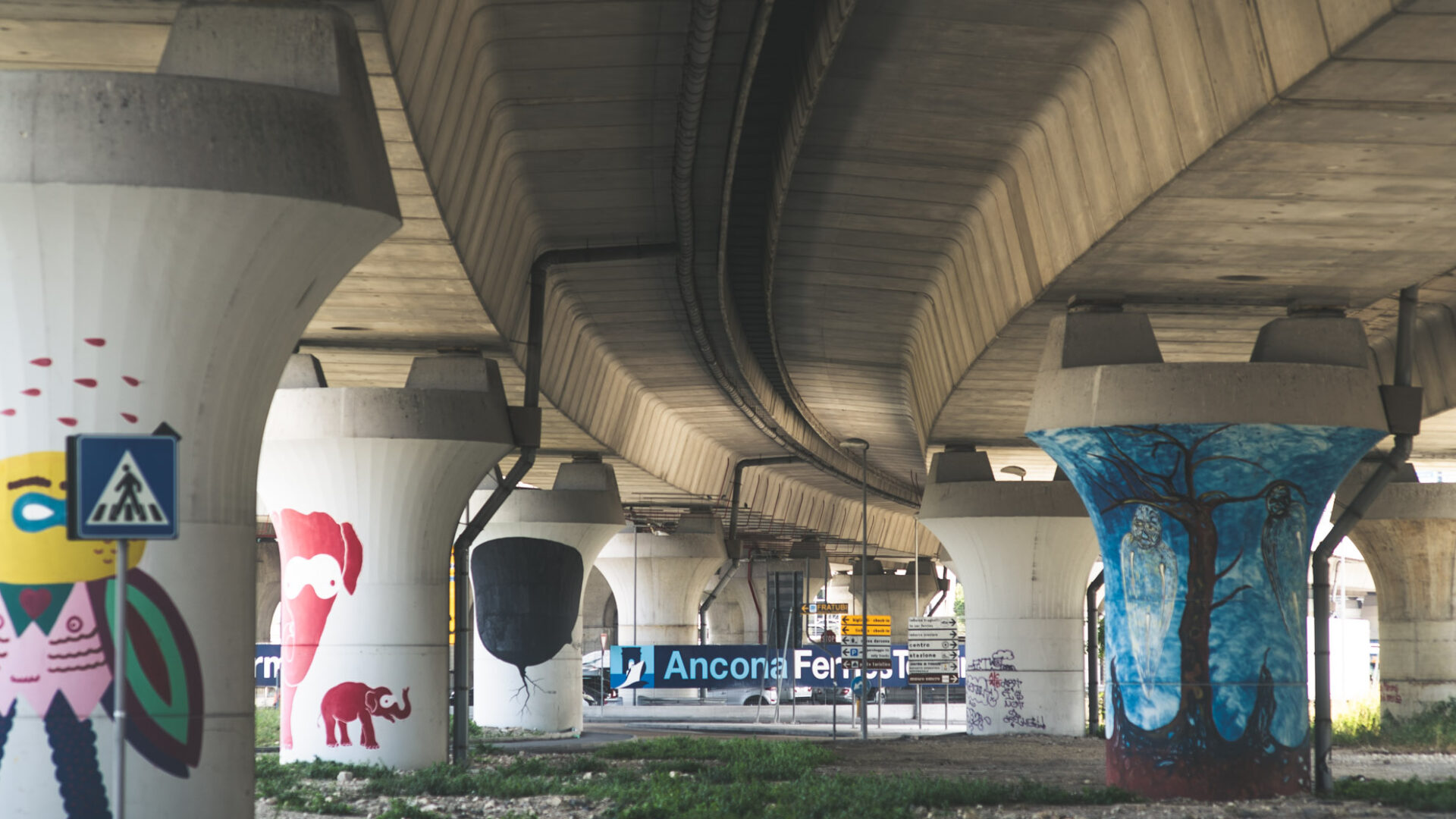 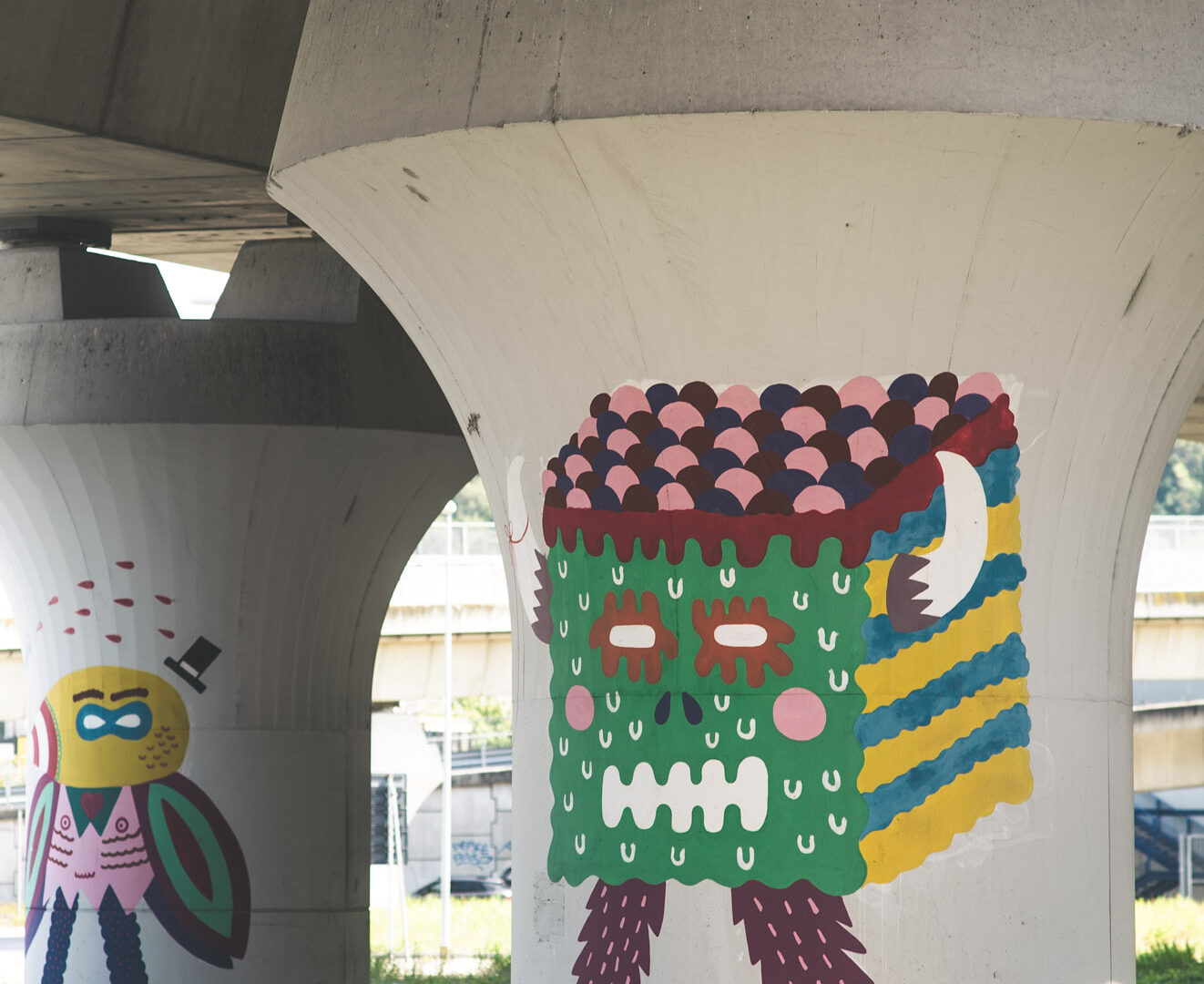 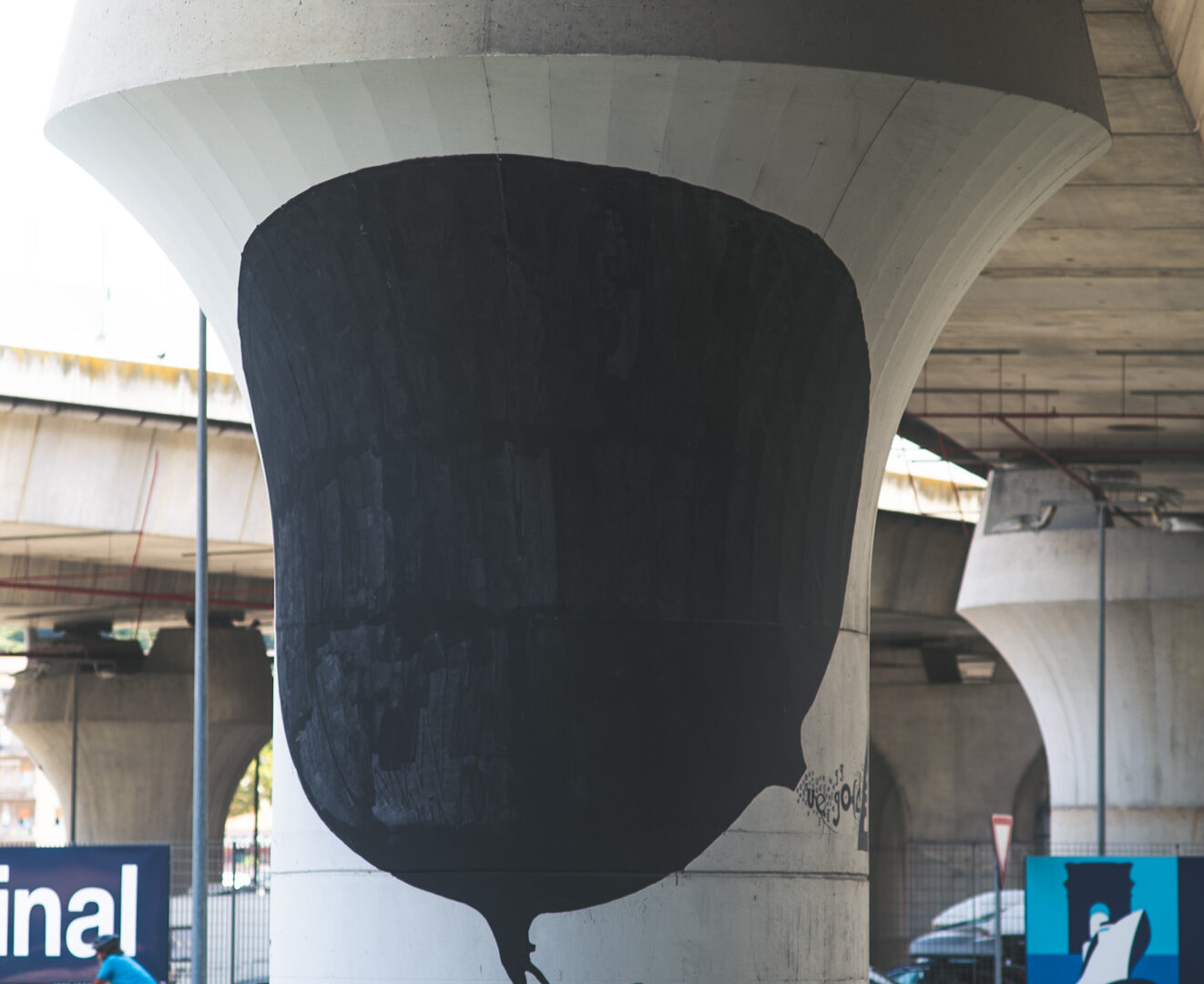 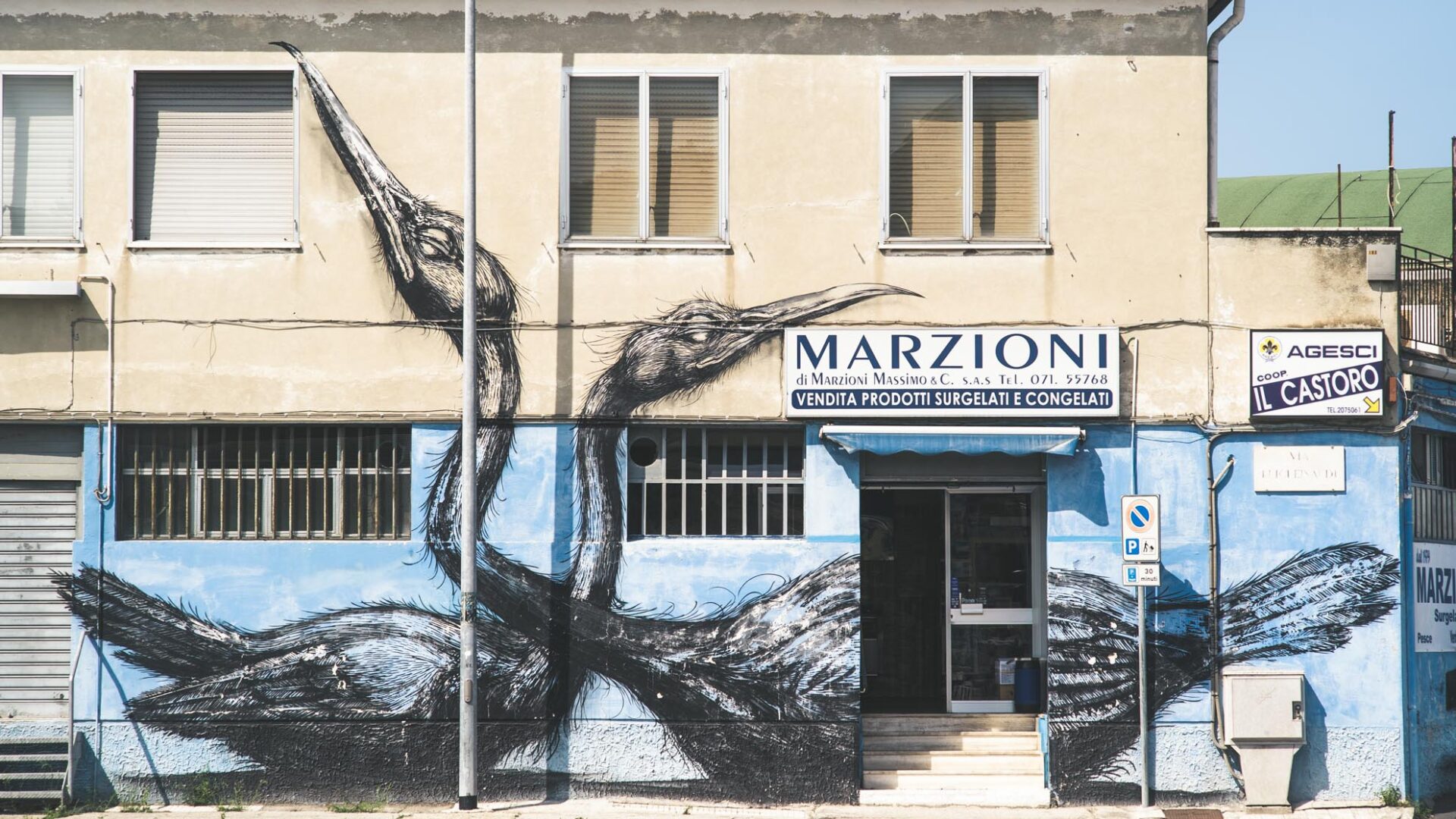 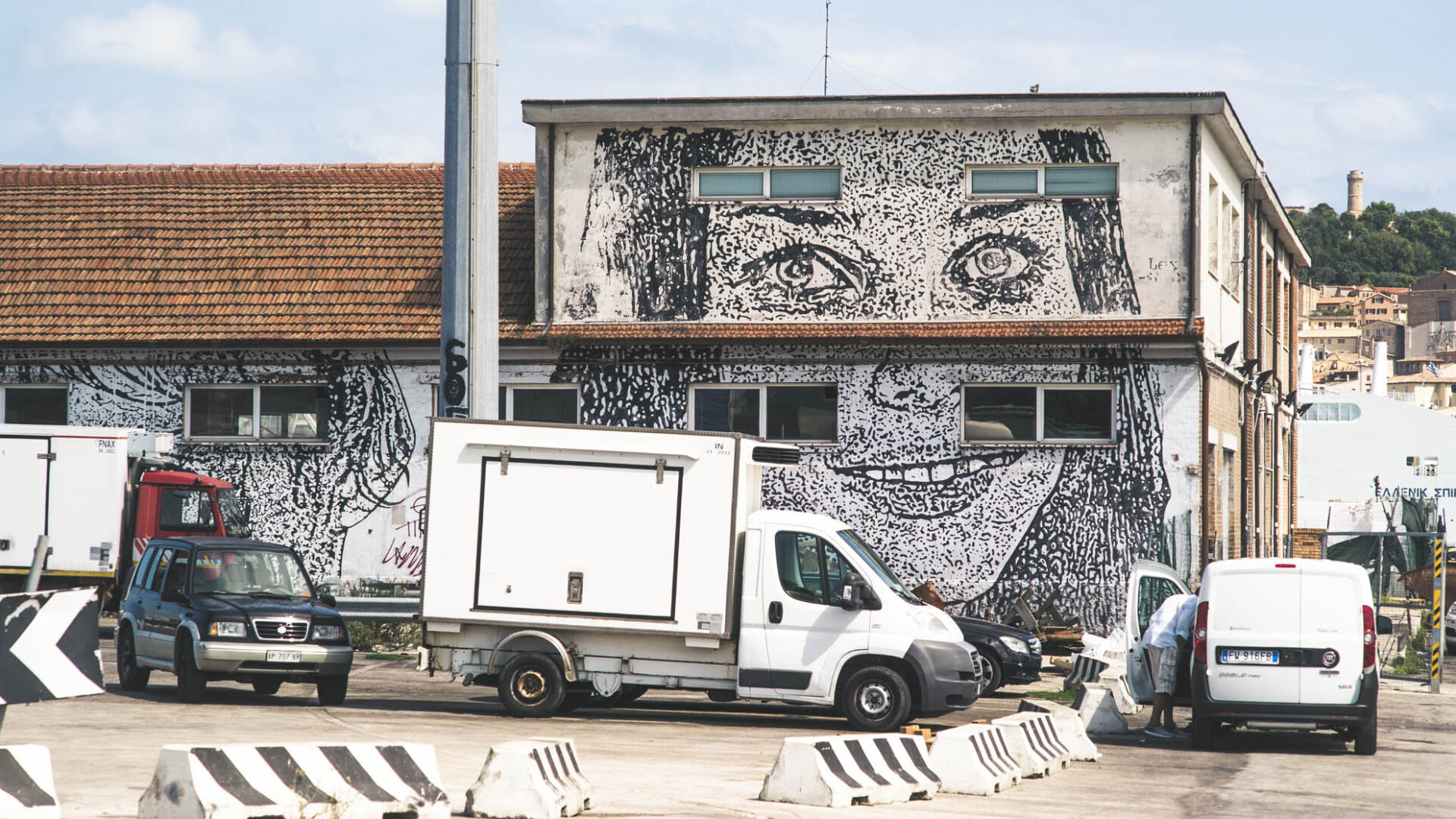 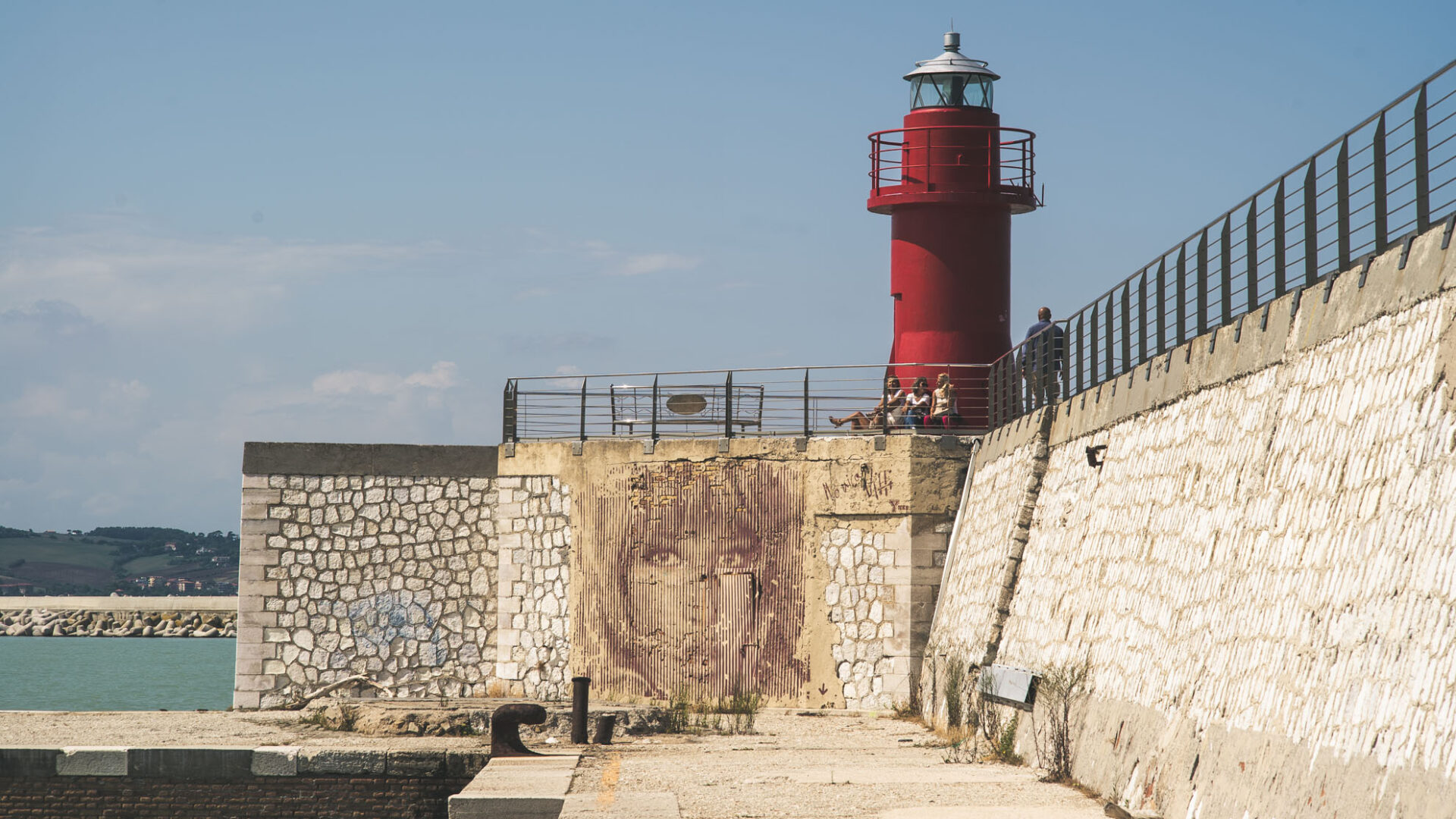 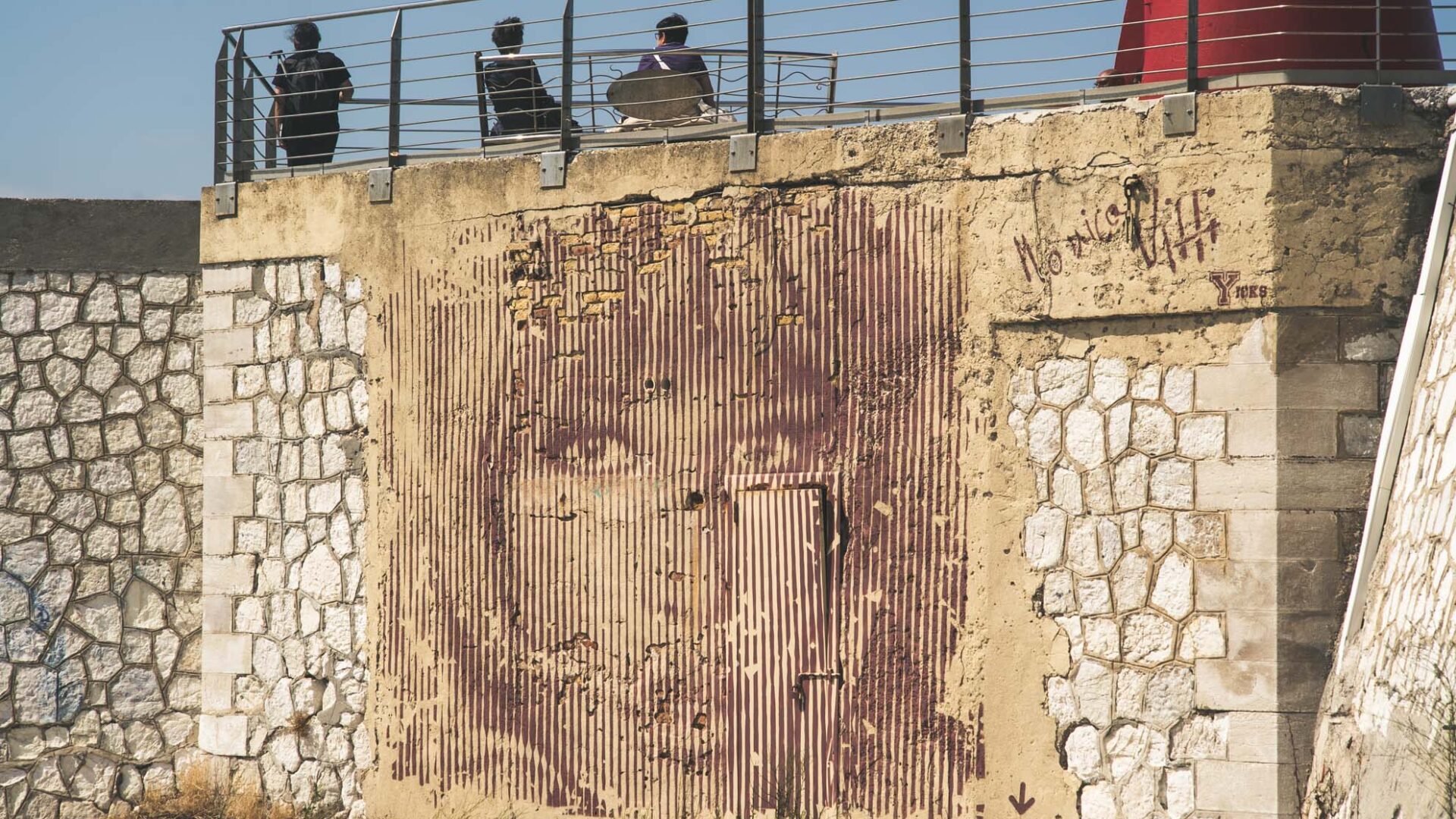 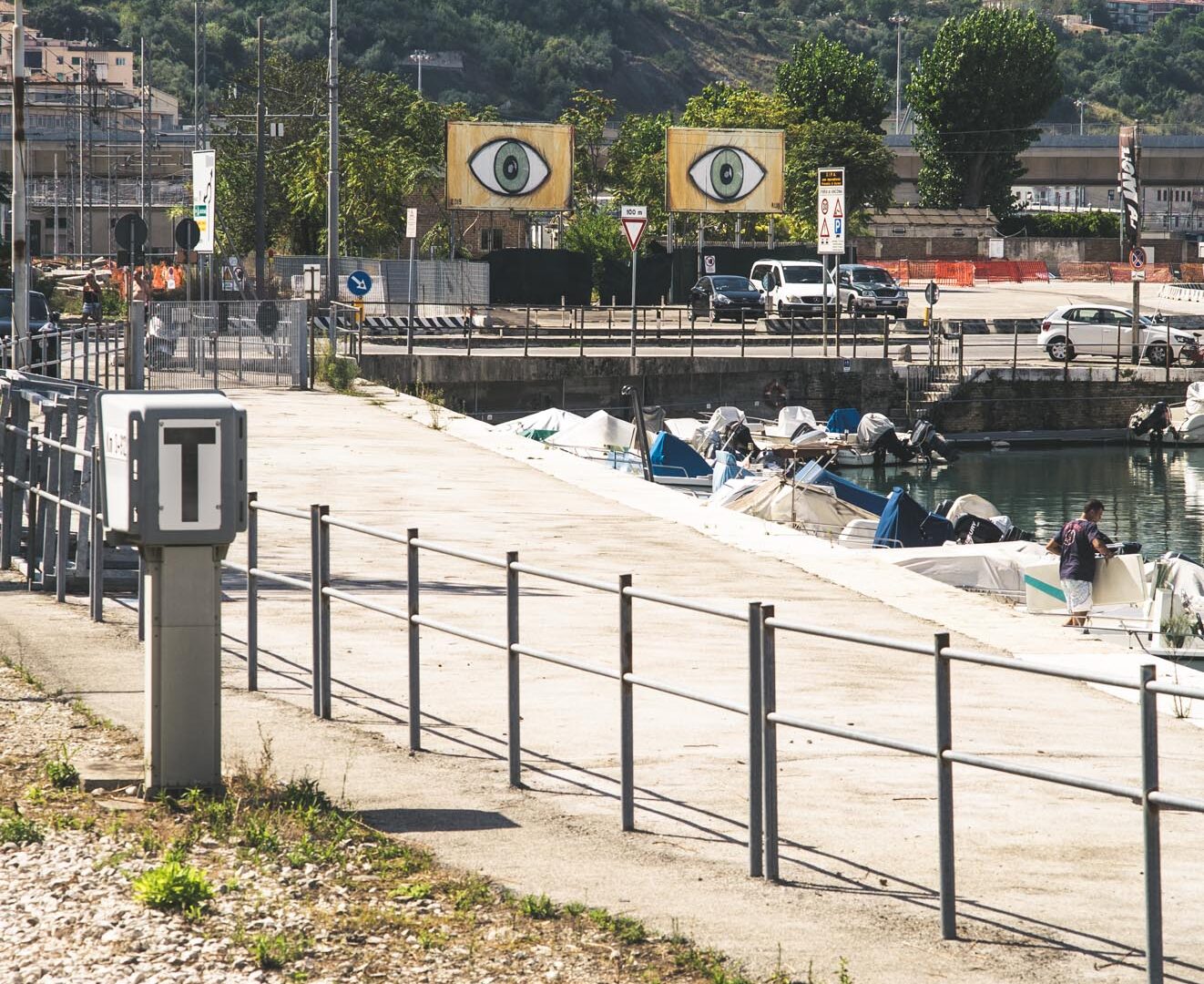