Arsenale, “the home of industry”

The word arsenale, or “arsenal” in English, comes from the Arabic term daras-sina’ah, “house of industry” or “house of trade”, a term well known to Venetians from their early contacts with the East.

The origins of Venice’s arsenale go back to around 1150-1200. It is expressly referred to by Dante, who describes the frenetic activity going on at this site in the early 1300s. During his trip to Venice in 1321, the great poet was fascinated by this shipyard, where the Venetians built their incredible fleet.

Beginning in the 12th century, Venice concentrated the production of sea-going vessels, especially galleys, in the Arsenal. The lagoon was the city’s basic defence system, within which the high crenelated walls of the Arsenal served to further protect its unique and precious production processes and goods. Thanks to the Arsenal, Venice emerged as a global leader in the design and construction of ships. Today, just as in the past, the Veneto Port System is a centre of excellence in world shipbuilding. The Fincantieri drydocks of Marghera belongs to the world’s fourth largest shipbuilder, constructing merchant, passenger and navy vessels.

The Venice Arsenal encompasses 900 years of naval arts and sciences, a place where city and port were united at the time of the Serenissima Republic.

The Naval History Museum in Campo San Biagio tells the story of the Arsenal’s evolution. With the fall of the Serenissima, all that was left of the old riches was gathered together by the conquering Austrians and preserved within the Arsenal itself, making up the initial core of the Arsenal Museum. In 1919, at the orders of the Italian General Staff, these collections were transferred to the Naval History Museum. Three distinct structures, known as the Ships’ Pavilions, can now be visited in the Virtual Museum of the Veneto Port System.

In 1798 Abbot Gian Maria Maffioletti (1740-1803), founder of the first School of Naval Architecture in Europe, drew up a plan of the Arsenal, which is still preserved in the Naval History Museum. From this we can see the functions of each building in the Ship Pavilions’ complex, also comprising workshops and an “oar store” in two adjoining buildings. The oars were passed through low balconies (now walled up) out onto the quayside of the Rio dell’Arsenale, for outfitting galleys leaving for St Mark’s Basin. A third space served as a warehouse for hardware and other materials. 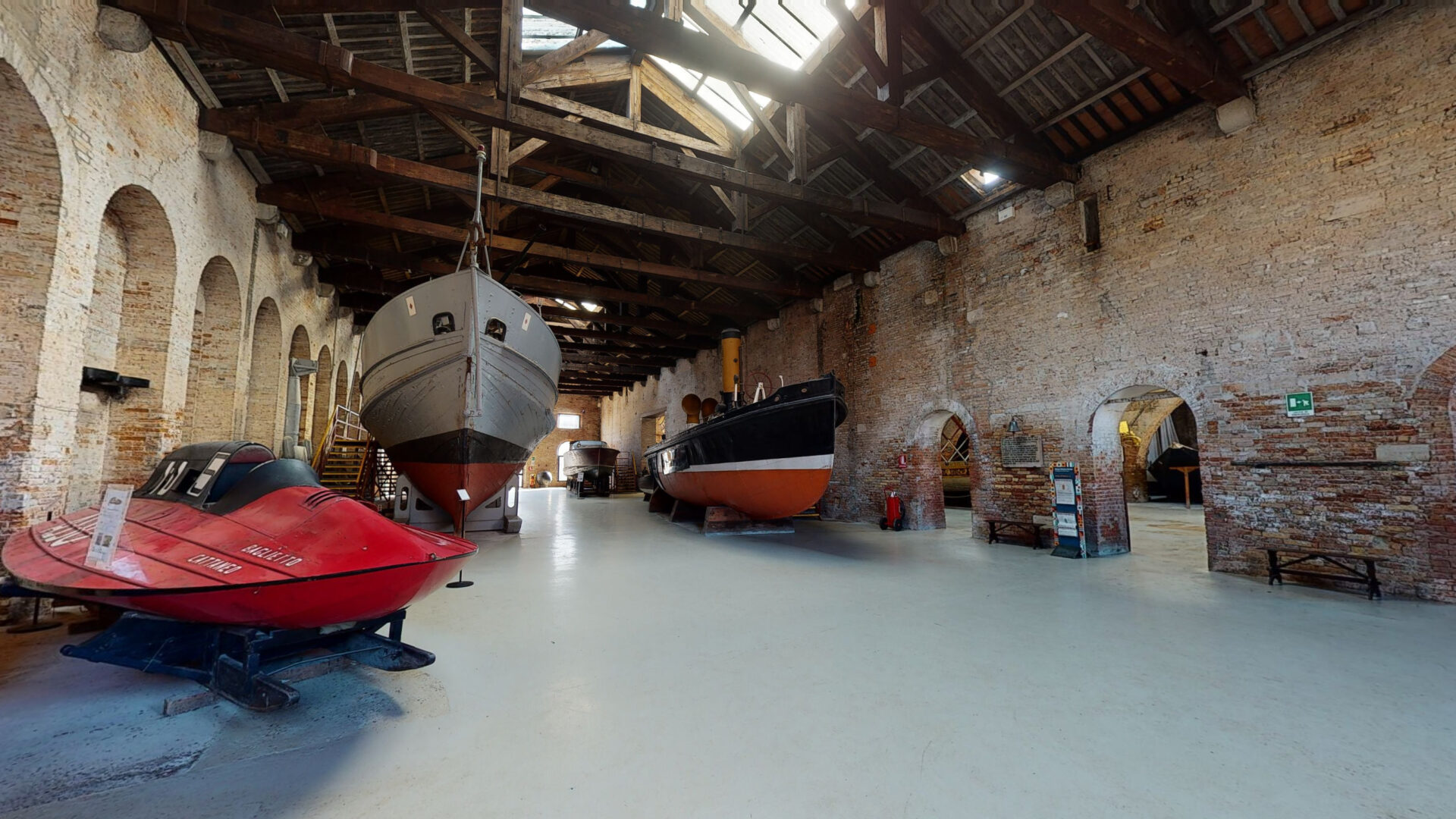 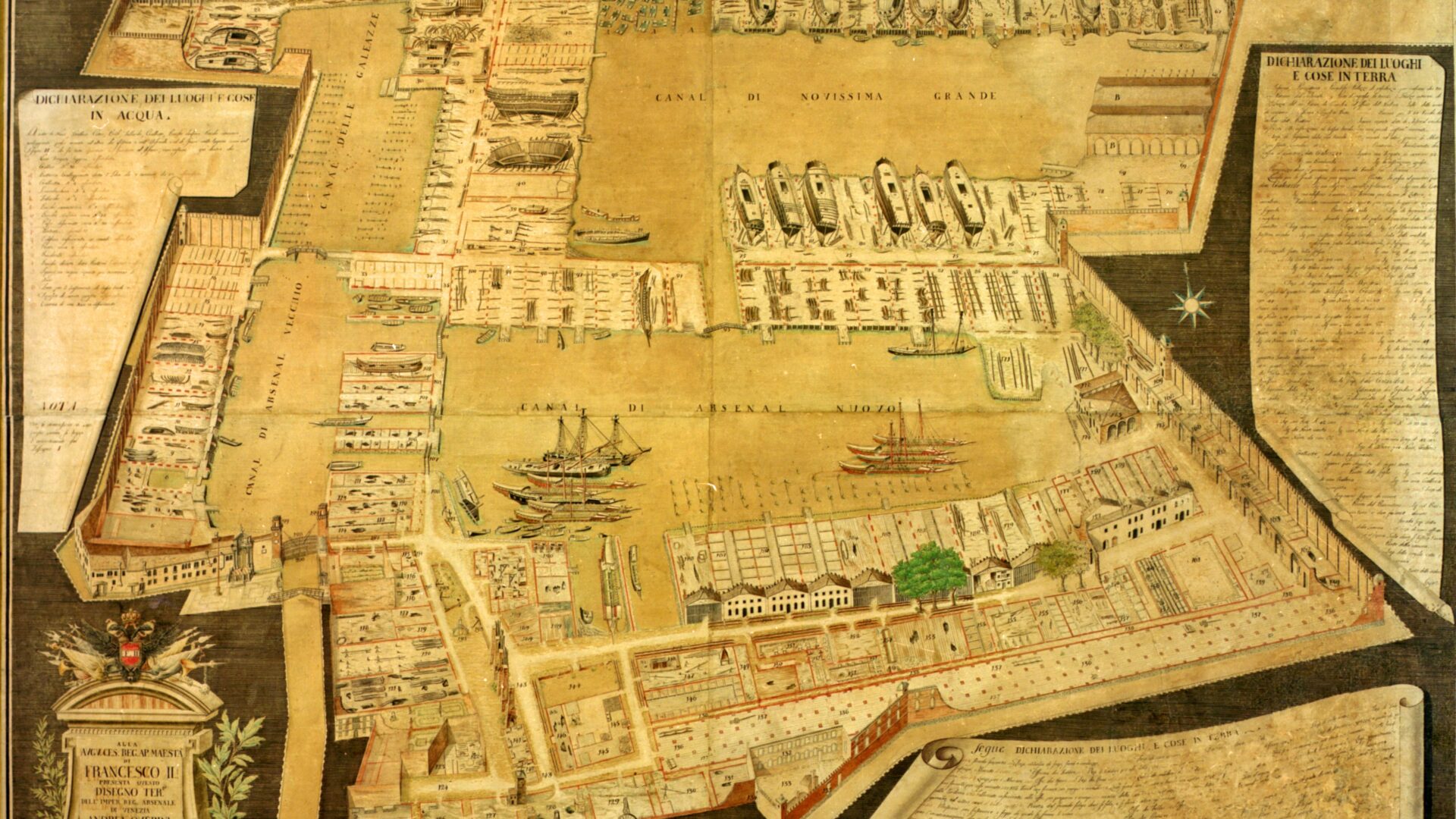 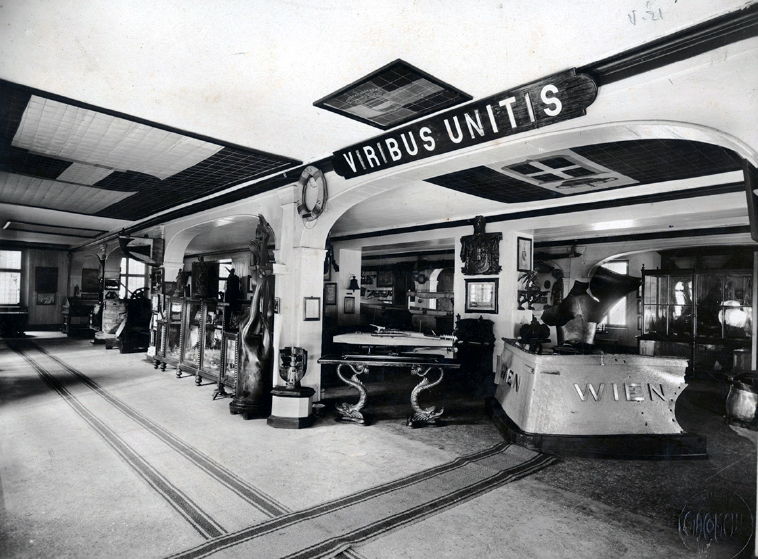 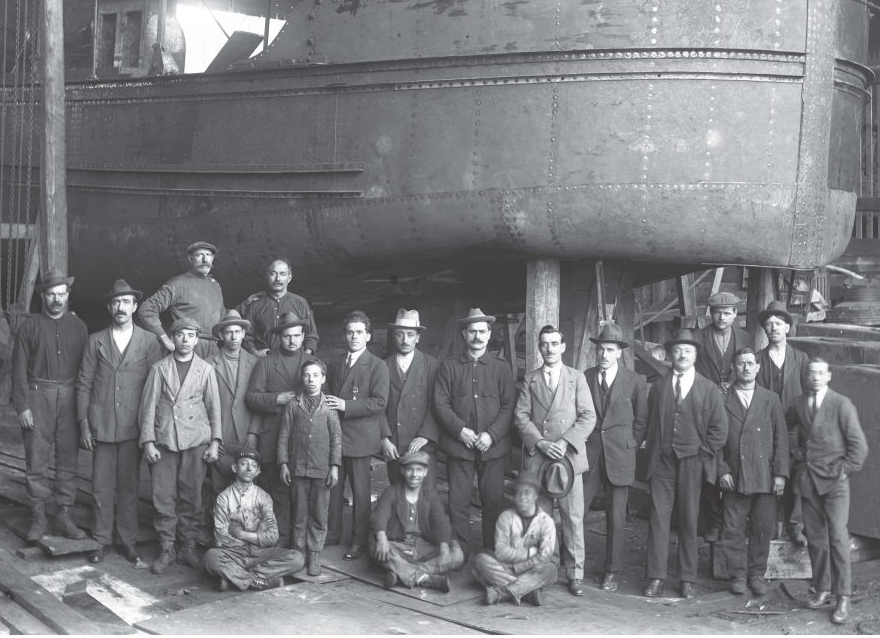