One of the oldest vessels that people from the area of Zadar used for sailing was most certainly Serillia Liburnica. Although the remains of these vessels were discovered in the ancient port of Zaton near the town of Nin, there is no doubt that ancient traders sailed into the port of Zadar during their trading voyages. Serillia Liburnica was a vessel used for local trade and defense of the coast between present-day Istria and Ravni kotari in the 3rd and 2nd century B.C. Length of these vessels was under 8 meters and the width was between 2.5 and 3 meters. The vessel was equipped with 4 to 5 pairs of oars, and one mast which carried square sail made of leather. Ridged oar was used for steering and vessel could carry up to 10 crew members.

Serillia vessels were constructed in a specific way. Planks of the hull were joined by sewing them together with the help of linen and broom ropes. Both sides of the planks were pierced at a distance of 2.5 cm and 1 cm from the edge. On the joint of the planking a thick band of risen-like mass was applied and rope went through the holes fastening the planks together. All the holes for passing the lash were sealed with wooden nails to prevent penetration of water. 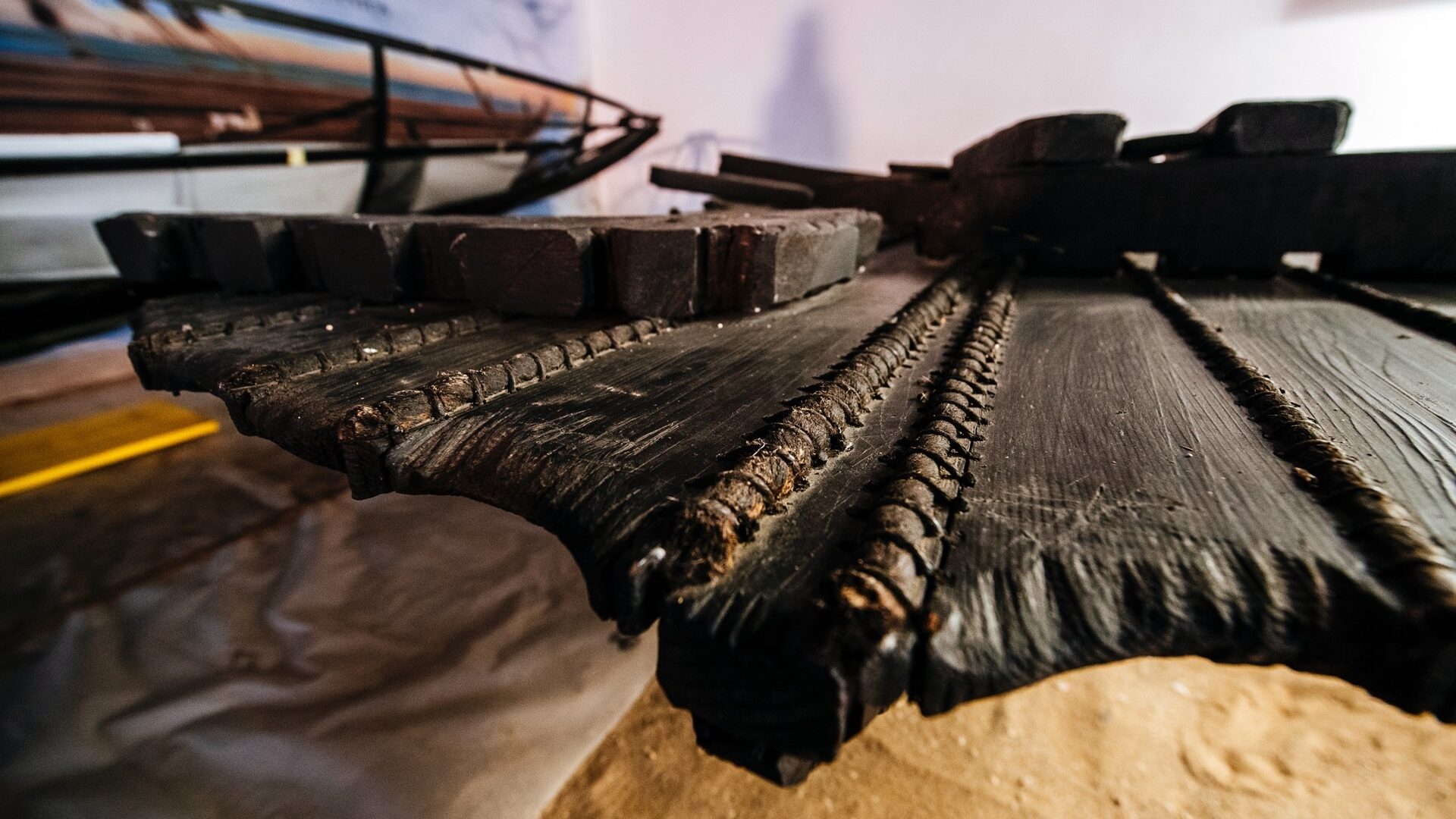