Research has confirmed that, as early as Trajan’s times, the area of the port of Ancona that lies at the foot of the cliff below the Cathedral dedicated to St. Cyriacus housed workshops devoted to the production and maintenance of ships. Over the centuries, this area has been the protagonist of a succession of stories and anecdotes. One of these tells of when, in 1367, Pope Urban V decided to return to Rome from Avignon via Marseille, escorted by 23 galleys dispatched by Queen Joanna of Naples from the ports of Venice, Naples, Pisa, and Ancona. The Pope, with his entire retinue, chose to travel on the galley hailing from the Doric city. There are stories of building and rebuilding: over time, the size and diversification of the area has varied greatly, and during the War the shipyards were bombed and razed to the ground. There are stories of social struggles for workers’ rights, now embedded in the city and the territory’s public ethics. There are stories of innovative designs and solid industrial skills. Memories and skills are valued by Fincantieri, which has turned the shipyard and the port of Ancona into one of the most important production hubs for large cruise ships, the Doric site once again asserting itself as a crucial centre on the Adriatic coast alongside Trieste, Monfalcone, and Marghera. As early as the 1980s, the company was one of the first to grasp that the tourist industry was experiencing an expansion in the cruise department, and they chose to enter this market, capitalising on their experience building ocean liners. In the early 1900s, the Group had achieved world renown thanks to its skill in producing ships that were unique in design, elegance, accommodations, and engineering, creating legendary, unsurpassed vessels, first and foremost the Rex. This legacy, preserved by the port of Ancona, and the vocation for the production of different vessels at different times, though always conforming to the requirements of the customer, have favoured the development of the shipyard and of other seafaring professions, including the success of the district producing superyachts for the worldwide luxury market. At the heart of the establishment, on the boundary between the Mediaeval wall, the old port, and the Arch of Trajan, towers the legendary red and white gantry crane that is a distinguishing feature, a symbol, an identifying trait of the port of Ancona. Among the several Adriatic shipyards along the Venice-Marghera and Trieste-Monfalcone routes, only Ancona’s can boast the presence of this crane, visible from land, sea, and sky. 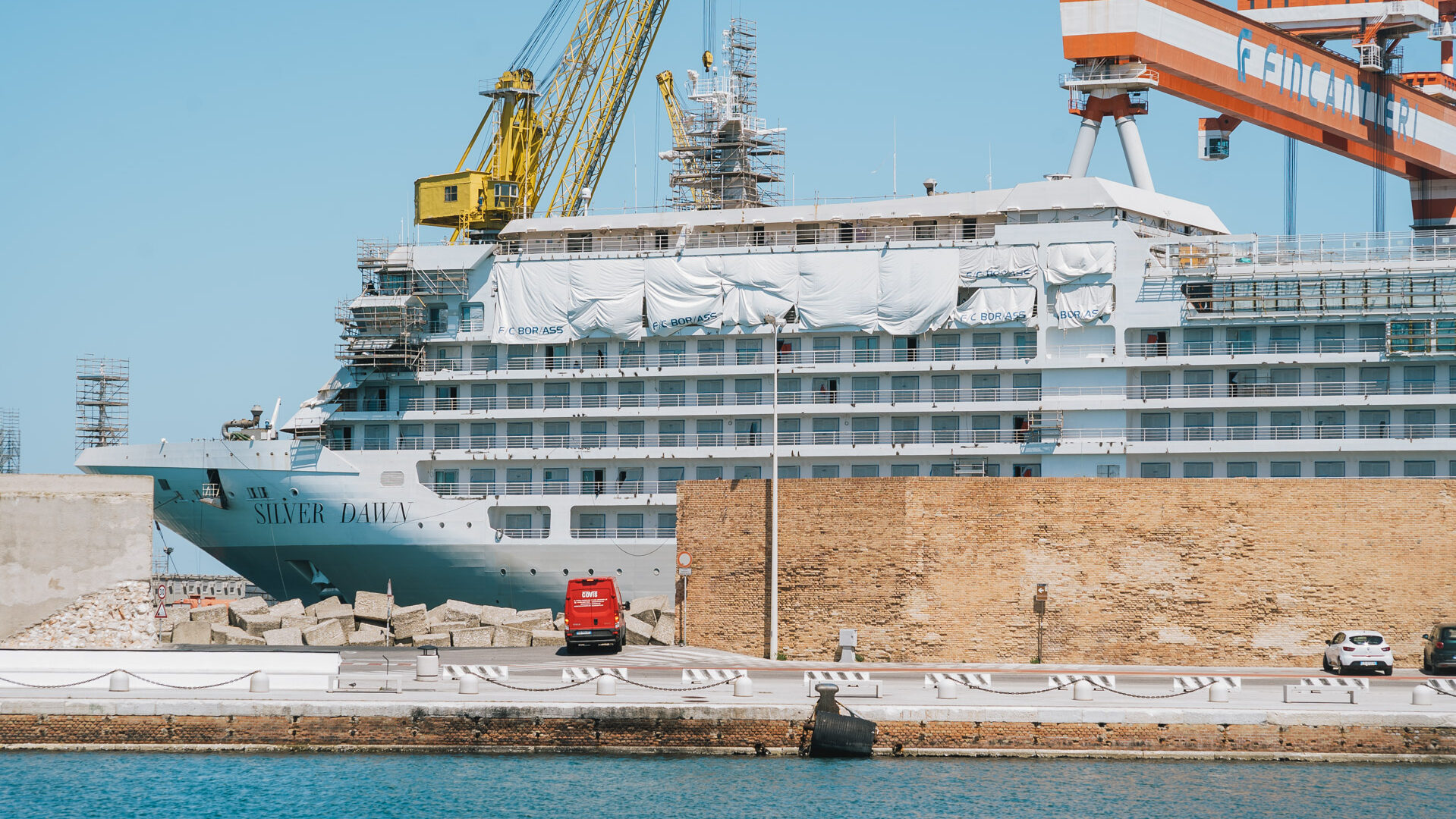 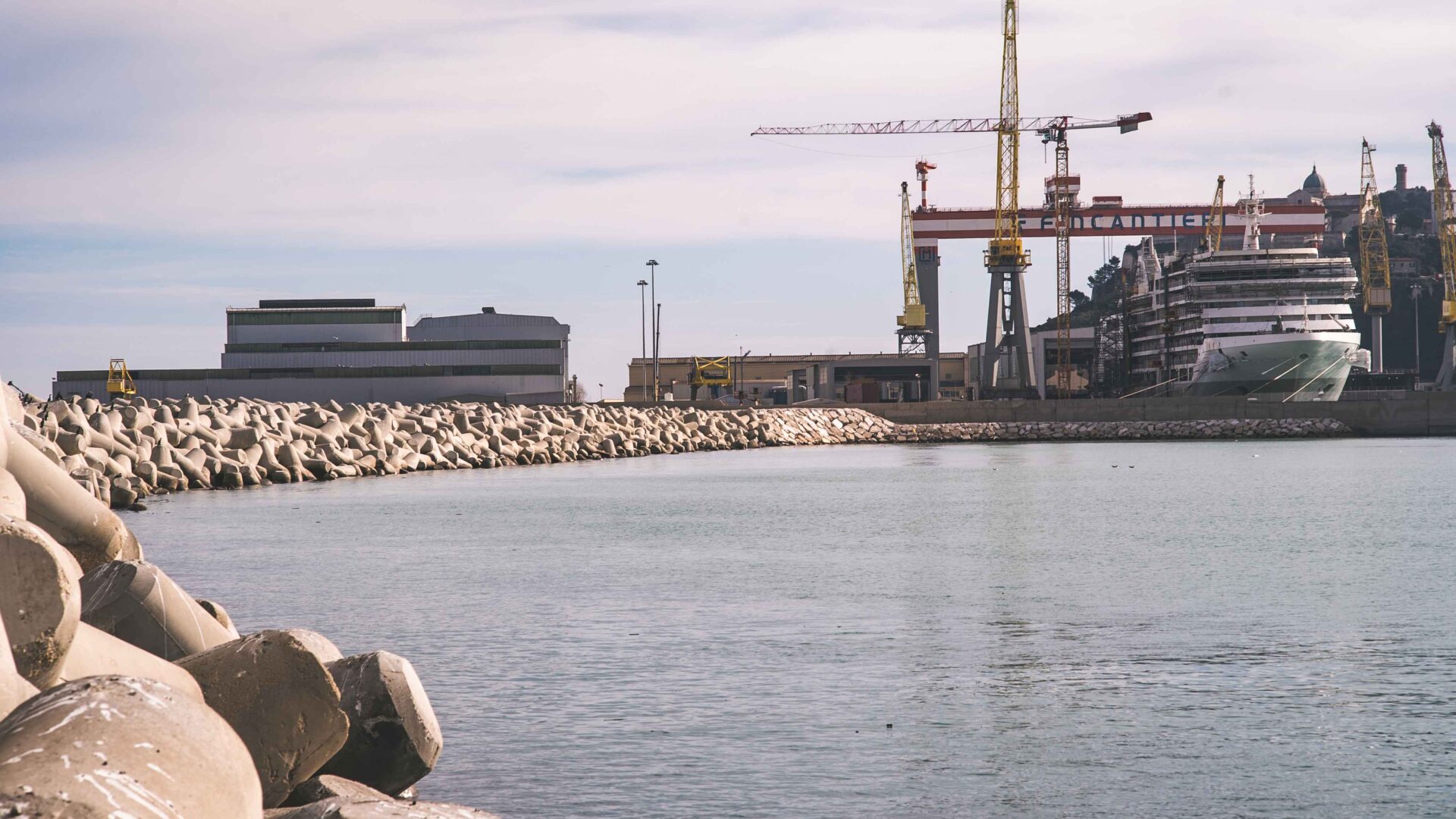 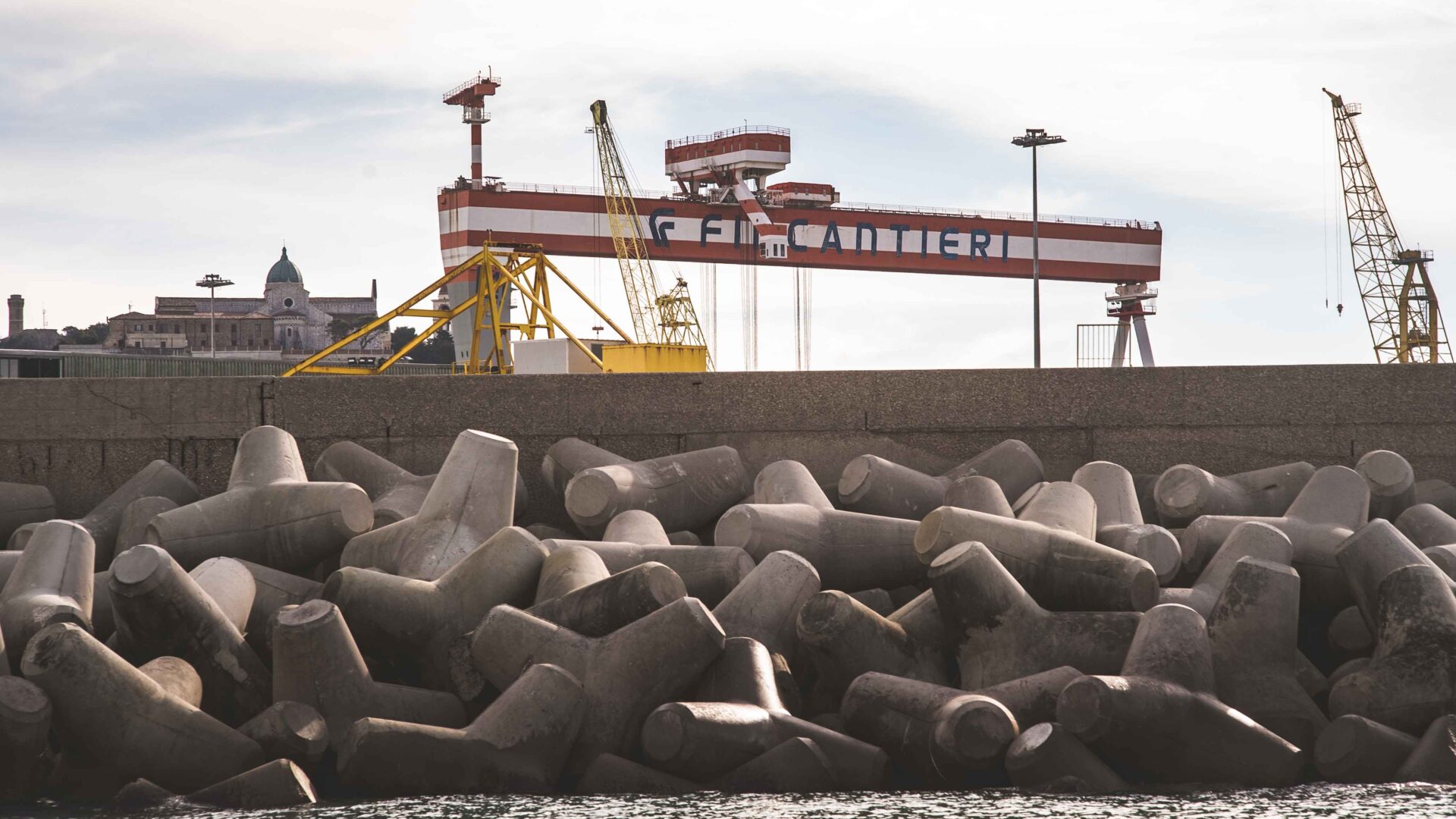 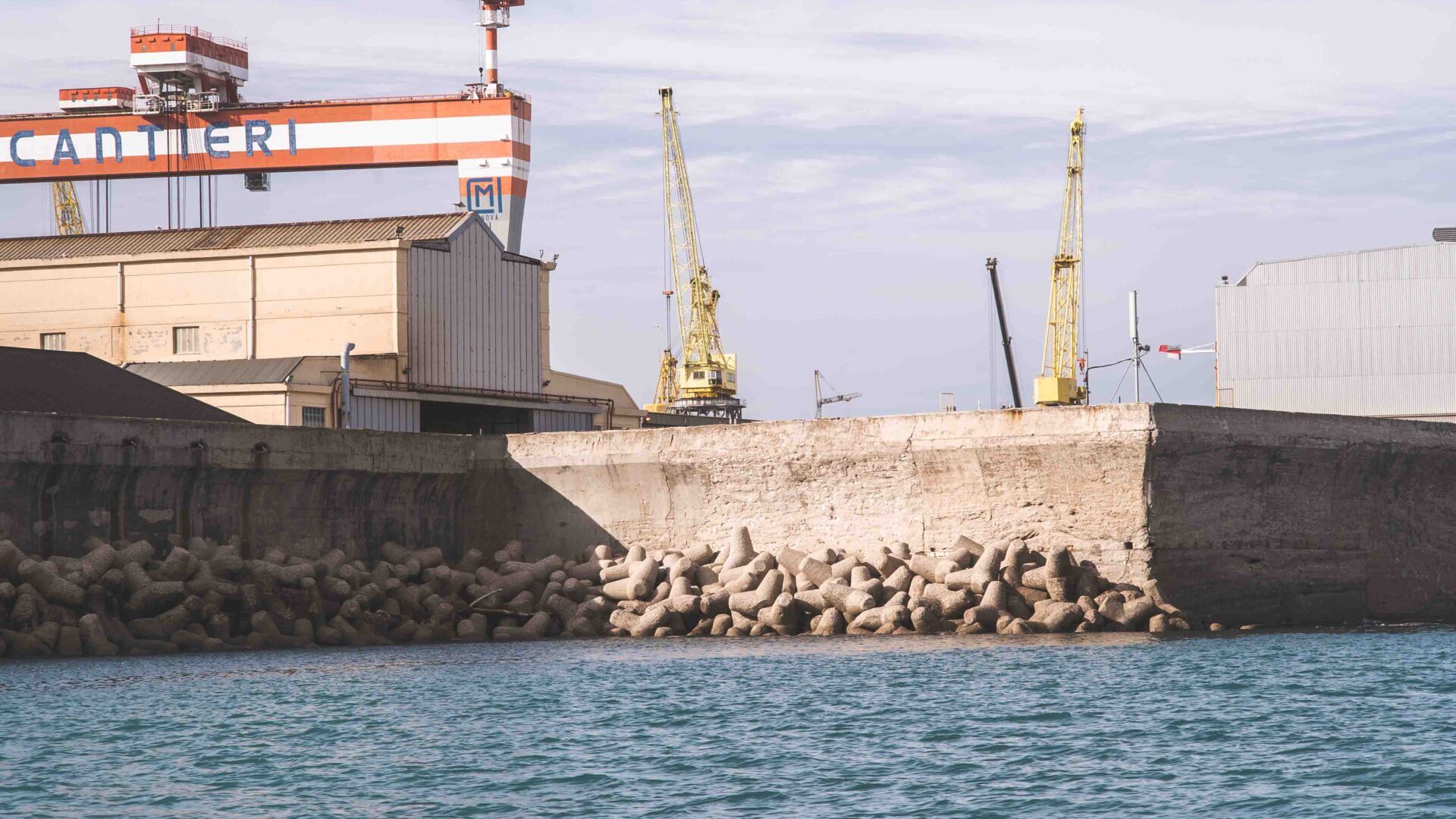 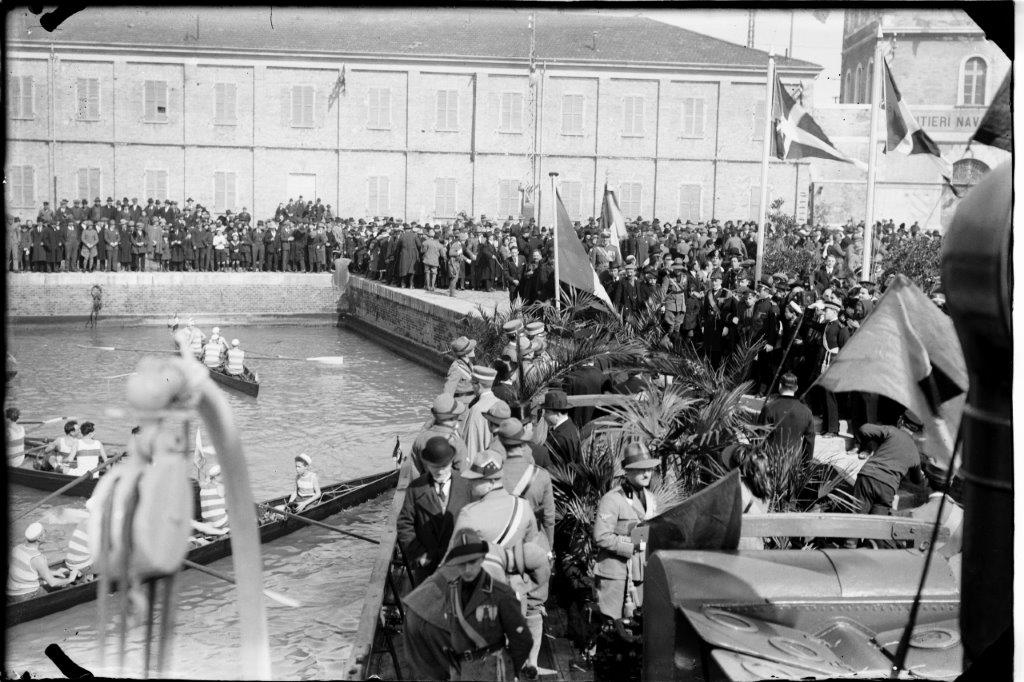 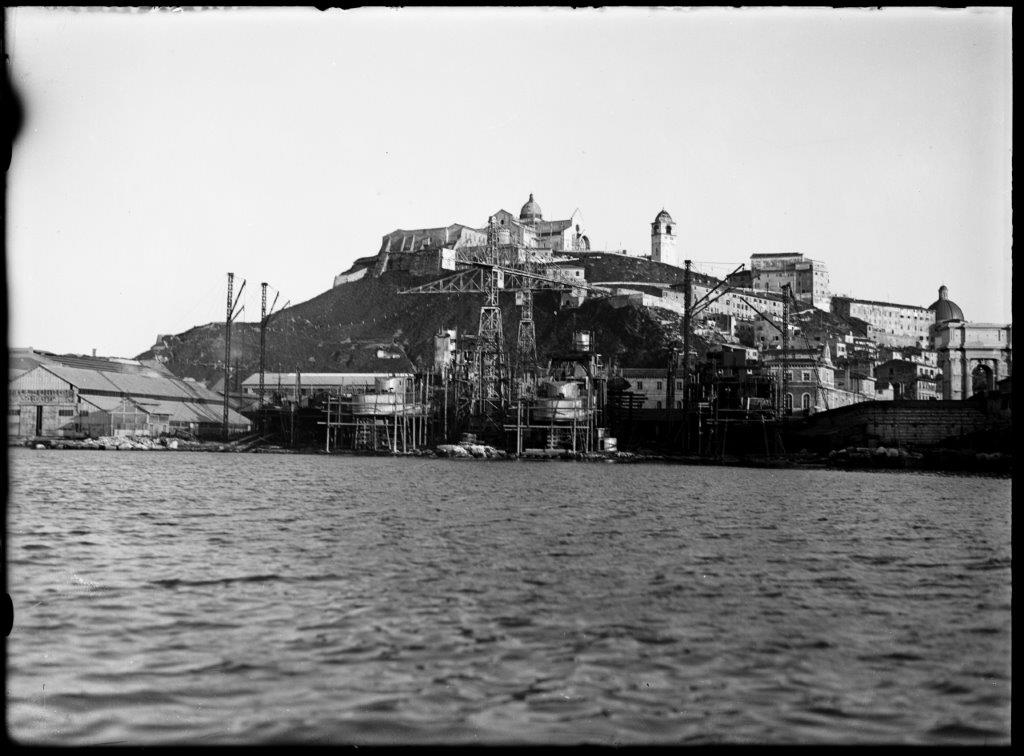