For almost 20 years, the port of Zadar has been not only a port for ships, but also for hydroplanes. In the period from 1914 to 1943, Zadar was connected to several cities on the Adriatic by hydroplanes. The first two hydroplanes landed in the port in 1914. On that occasion, almost all citizens gathered on the shore. On Thursday morning, from the west and south, they passed through the Zadar canal at an altitude of 400 meters, one at 8:00 a.m., and the other at 9:00 a.m., Navy hydroplanes no. 16 and no. 17. Yesterday at 16:45, after flying all the way to Tivat, two hydroplanes returned to Zadar and landed outside the port, then passed through the entire port and docked in Jazine Bay. Almost all the citizens watched the beautiful flight, performed at a speed of 90 km per hour, and a large crowd attended the docking operation, gathering afterwards with great interest around the hydroplane.

On October 16th 1926, a hydroplane airport was formed in the northern part of the port. The first postal and passenger line connected Zadar and Trieste via Brijuni and Lošinj. The planes had two seats for pilots and four for passengers. They flew at a speed of 180 km per hour. Traveling from Zadar to Trieste took 2 hours by hydroplane, while by boat it took at least 12 hours. Since 1928, the line Trieste – Zadar – Ancona has been established, with 12 seats in aircraft, and since 1930 the line Trieste – Rijeka – Zadar was also established. The last hydroplane flew to Ancona on September 10, 1943. 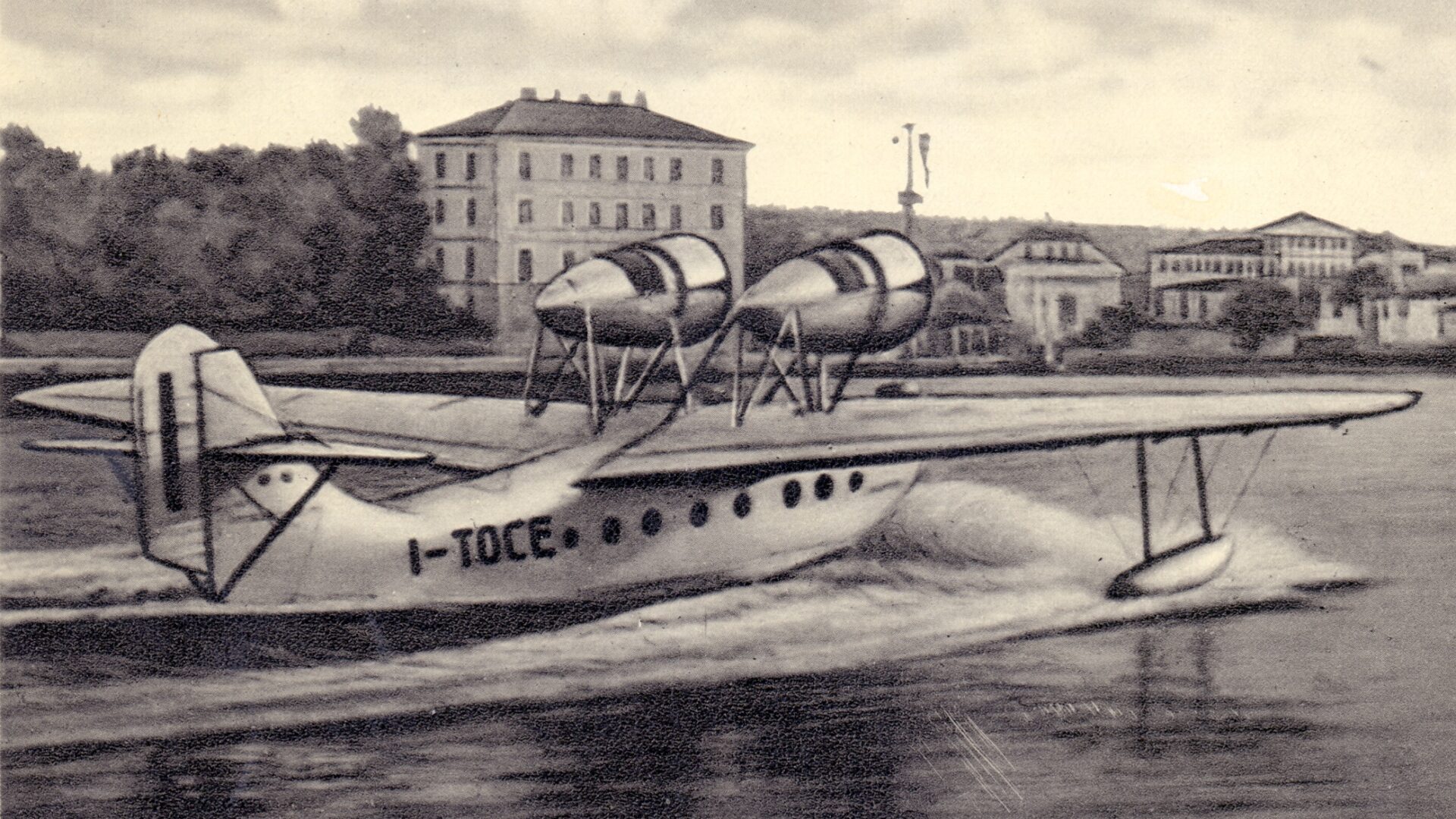 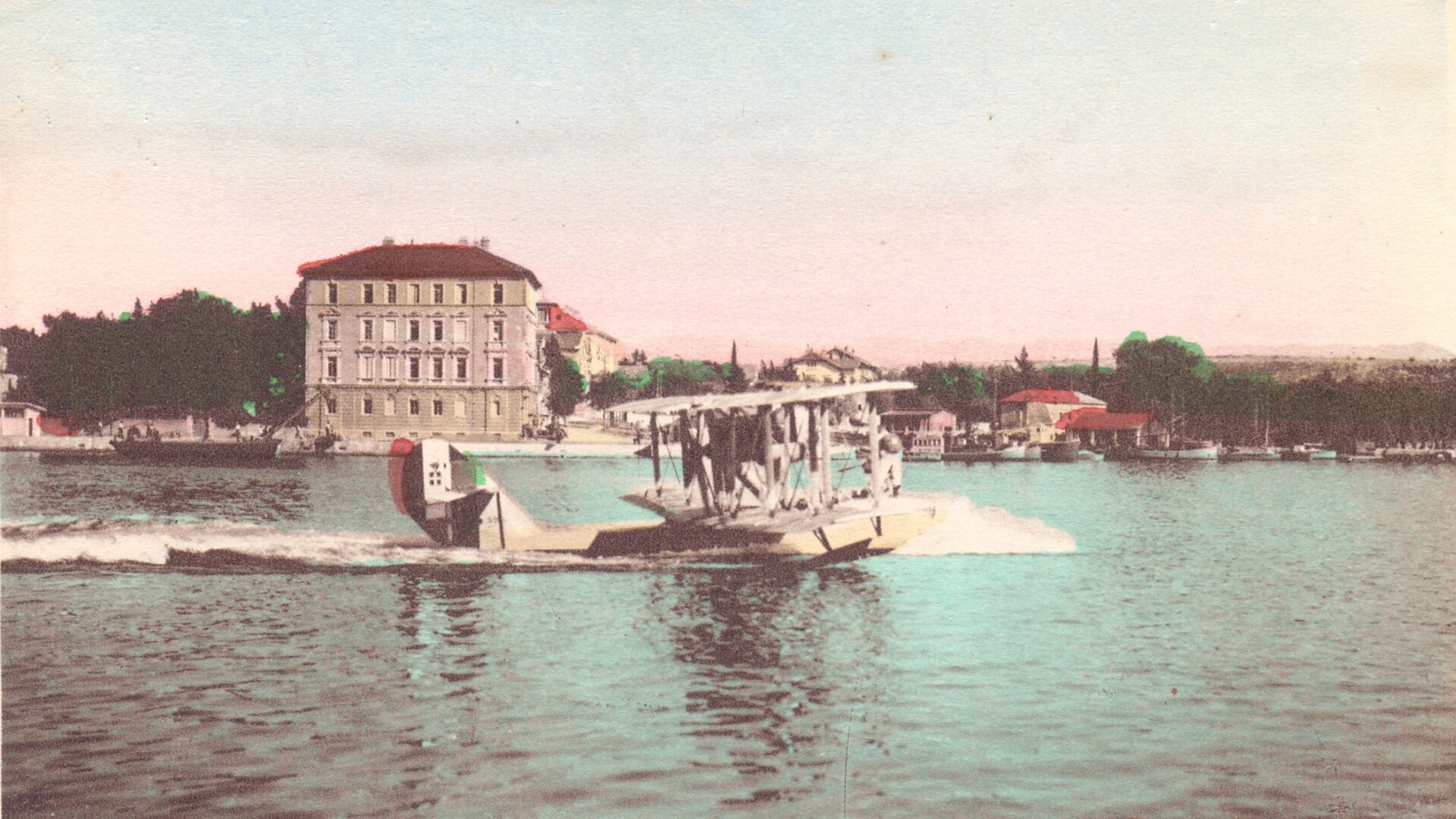 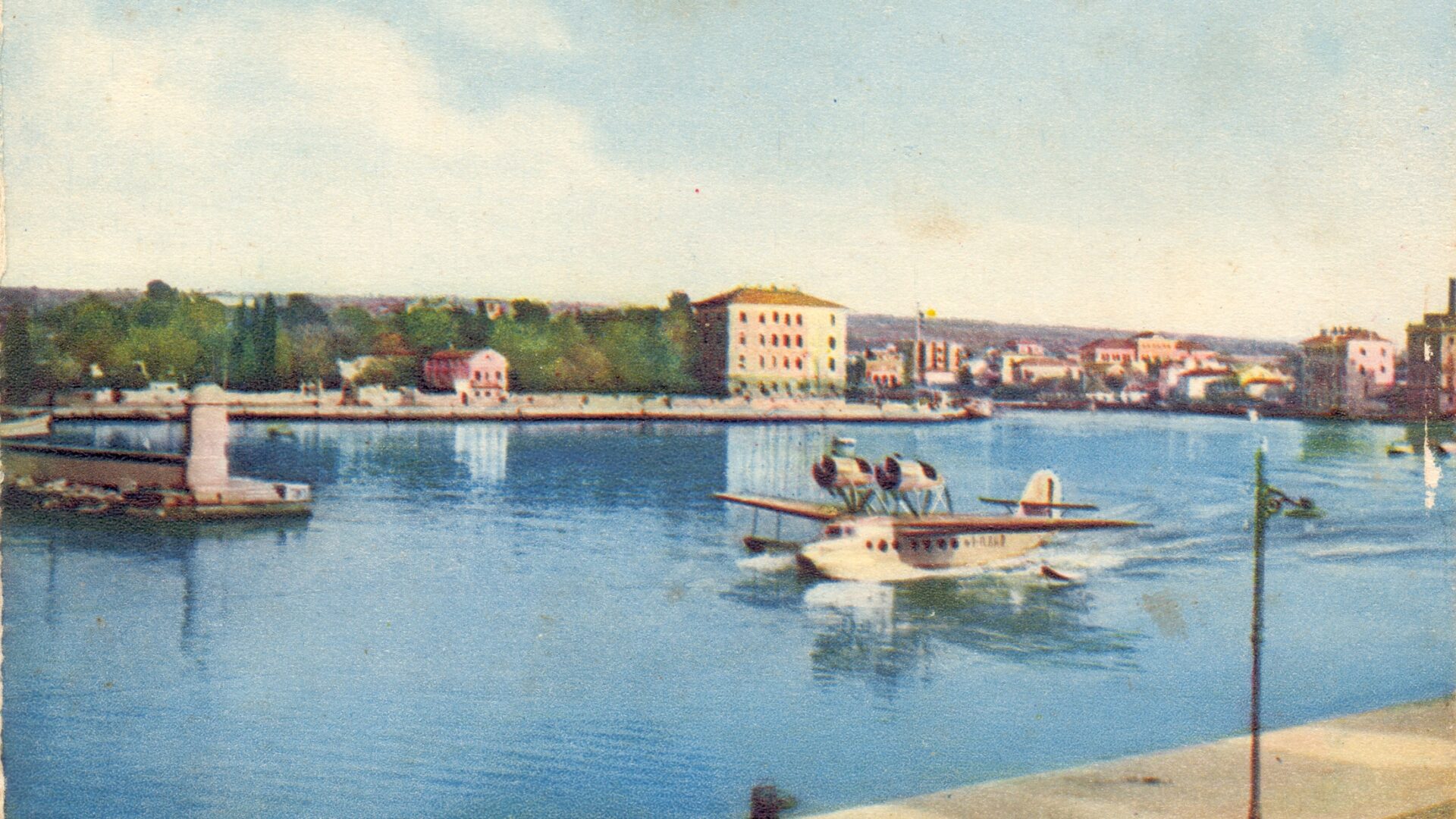 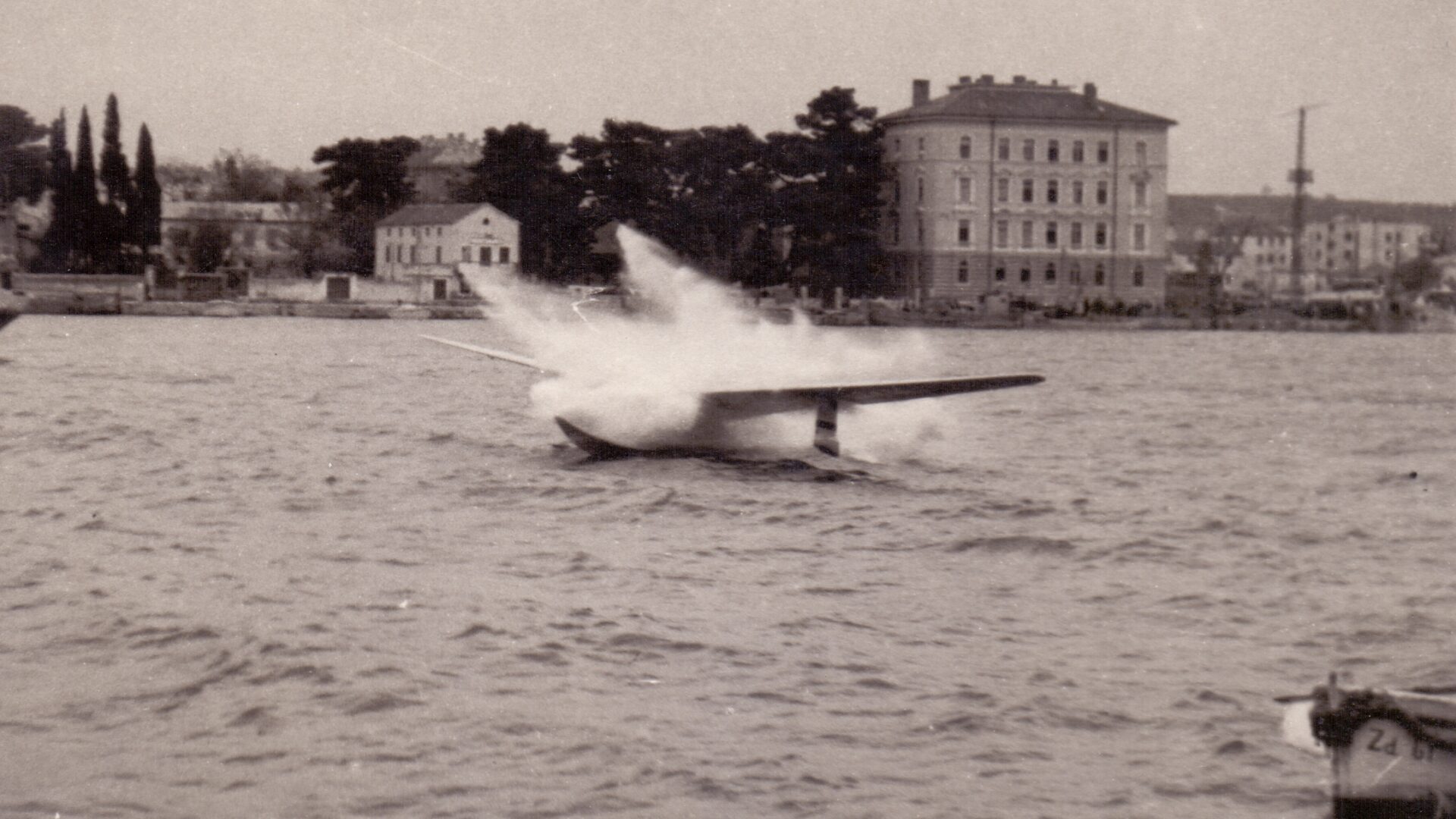 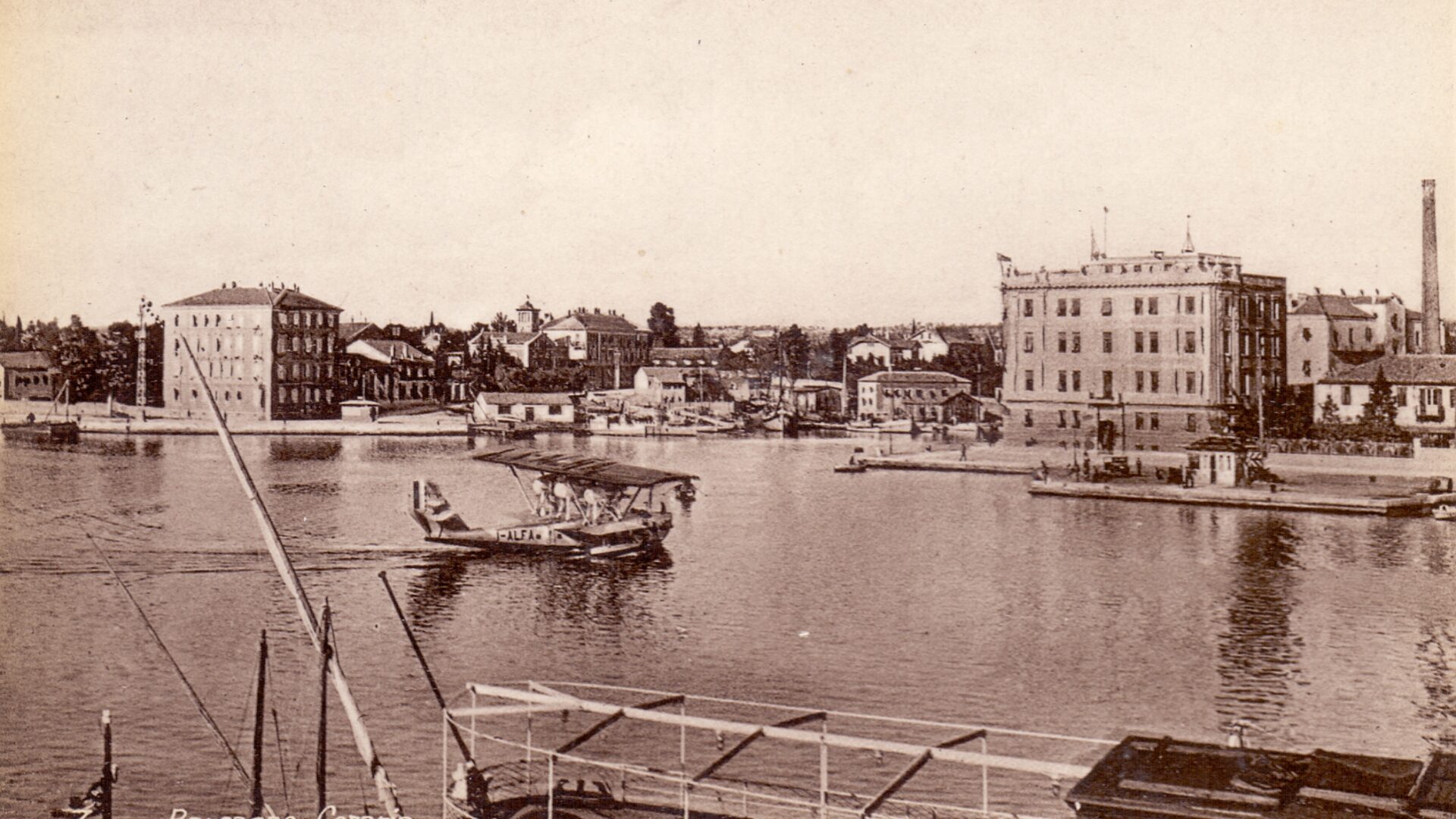 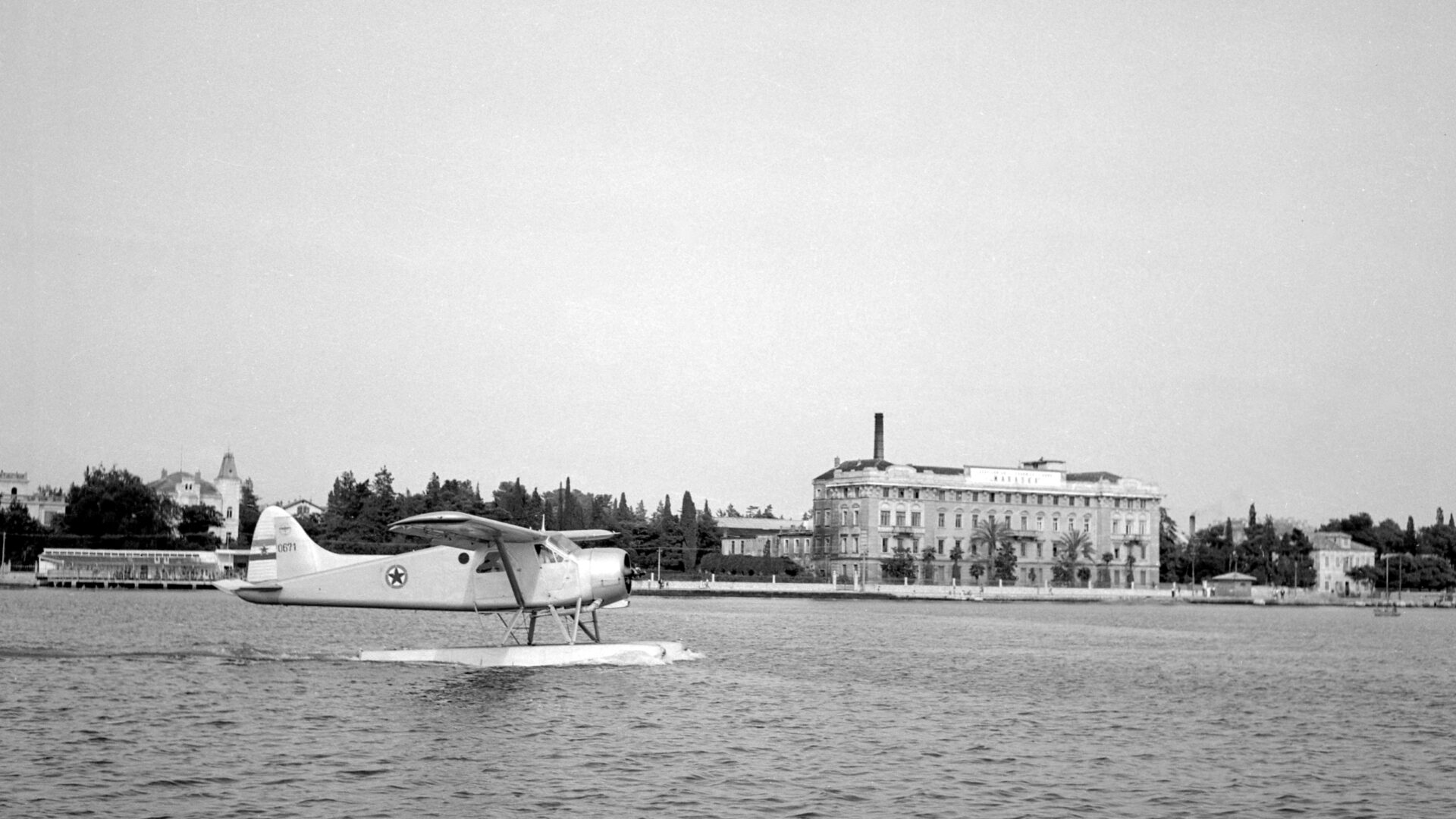