The Trieste Coastal Fishing Museum – in Slovenian Ribiški muzej tržaškega primorja – was founded in 2000, together with the cultural association of the same name, and inaugurated in 2016. The museum fills a thematic void left by other institutions and is dedicated to history of the relationship that the Slovenes, who have lived on this territory since the 9th century, had and have with the sea. In fact, up to the second postwar period, almost all of the rural population of the province of Trieste was Slovenian.

For centuries, Slovenes from coastal villages came down from the Karst, approx. 200 m above the sea level to the sea, along the paths between the terraces planted with vines and olive trees. Given the orographic characteristics of this territory, they have developed unique fishing equipment and techniques.

From Barkovlje – Barcola to Devin – Duino, passing through Kontovel – Contovello, Križ – Santa Croce and Nabrežina – Aurisina, the activity remained vital until after World War II. Until the end of the 19th century, fishing and the cultivation of shellfish were also widespread in Žavlje – Zaule and Škedenj – Servola. In the town of Santa Croce alone, there were as many as 200 professional fishermen in the first half of the twentieth century, while in all the villages 450 boats of varying tonnage were registered for fishing. The link with the sea gave rise to numerous other professions: the boys of Contovello took up the profession of diver, in Barcola the ballast was supplied to ships, in Duino in 1867 the first canning factory was born and later also a fishing net factory. .

The fishing sector suffered a severe blow in the 50s of the twentieth century, when there was a shortage of tuna in the Gulf of Trieste. In the same period, thanks to state subsidies, the number of fishing boats in the Gulf increased. This led to a gradual abandonment of professional fishing. In spite of everything, the traditional links that the inhabitants of these villages have had with the sea, led many young people to undertake the most varied professions in the maritime sector.

Zoppolo
One of the most characteristic elements of fishing on the Trieste coast was the prolonged use, up to the twentieth century, of traditional wooden pirogues, called zoppoli or in Slovenian čupe. This very archaic type of boat, in use in fresh waters already in antiquity and in the Middle Ages, was maintained for a long time in Trieste due to the lack of marinas and mandrakes in which to moor boats. The zoppolo had the advantage of being able to be pulled dry without the maneuvers damaging it. When the authorities, towards the middle of the 19th century, accepted the constant requests of the fishermen and helped them to build marinas, the zoppoli were immediately replaced with sailboats. The last zoppoli remained in use until 1947, in the characteristic bay of Canovella degli Zoppoli, where the fishermen’s port of Aurisina was only built in 1952.

Tuna fishing
Tuna still represents one of the most profitable varieties of fish for the fishing industry. Over the centuries, the Slovenian fishermen who lived on the Karst developed a particular technique for fishing the tuna shoals that arrived in the North Adriatic at the end of the summer, passing near the coasts of the Gulf of Trieste. The fishermen were able to exploit the particular orography of their coast, setting up lookouts at approx. 150 m above the sea level. At the same time, a crew of fishermen were waiting on the boat on the shore. The lookouts had the task of seeing the shoals of tuna from afar and of guiding the boat by shouting specific commands, so that the fishermen could surround them with a very long 500 m net. Then, with the help of fellow villagers, the net was drawn ashore and the fish was grabbed with the hands and thrown onto the gravel. Tuna fishing was a spectacular event that attracted the curiosity of the entire population and represented the most important economic activity of these villages. The tradition was interrupted in the mid-50s of the twentieth century, when the fleets of the central and southern Adriatic were modernized and the shoals of tuna were no longer able to reach the Gulf of Trieste. 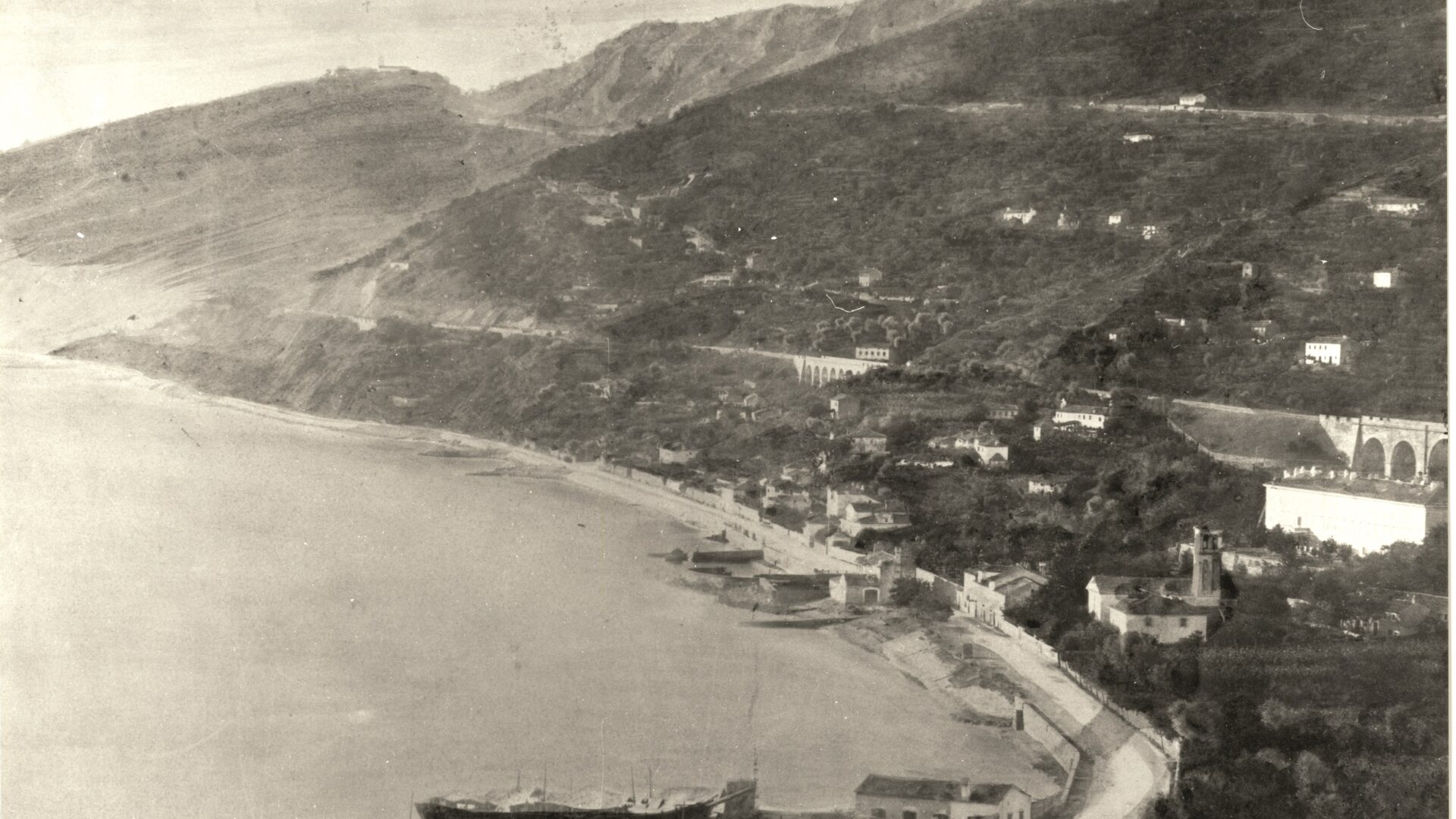 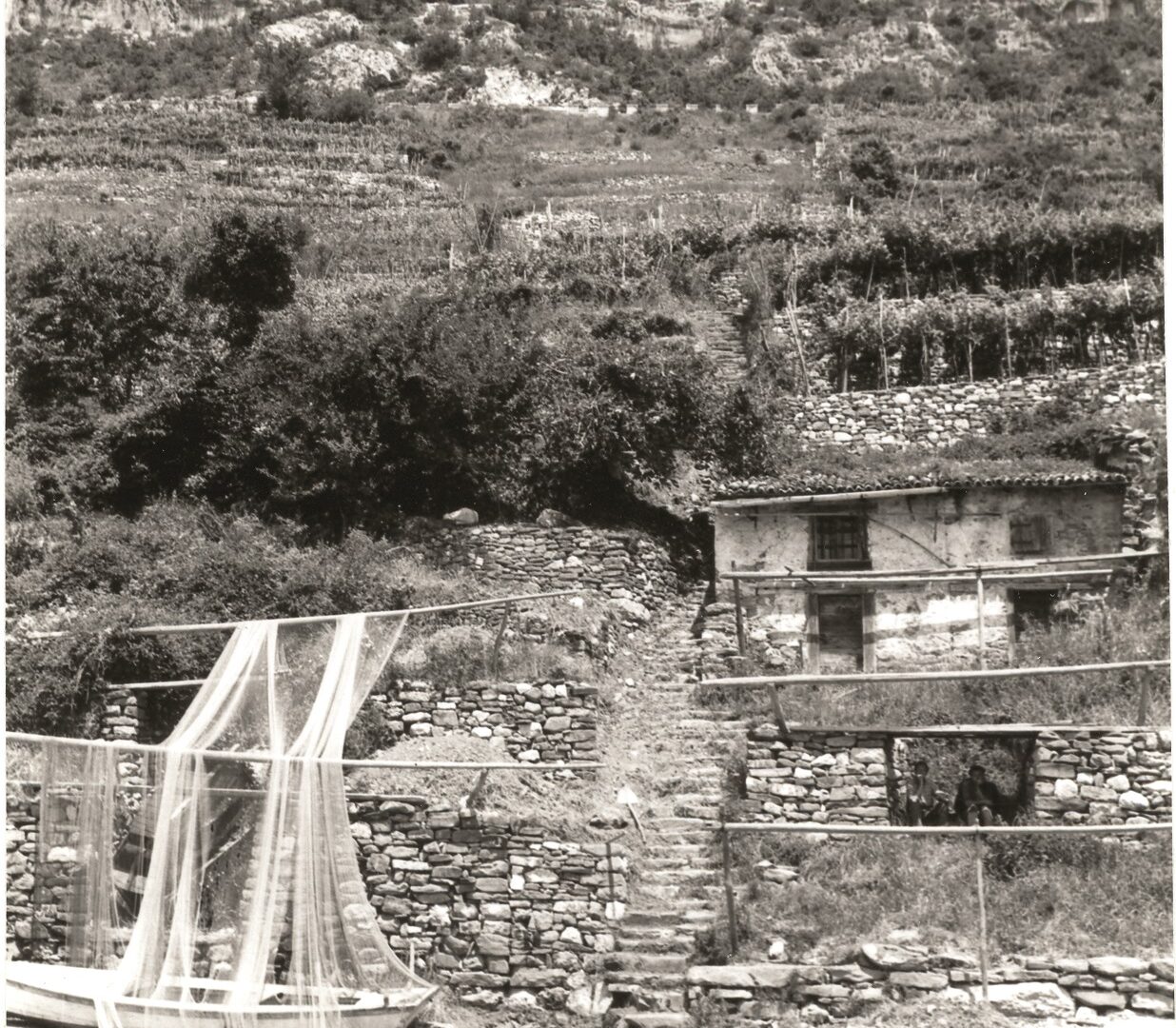 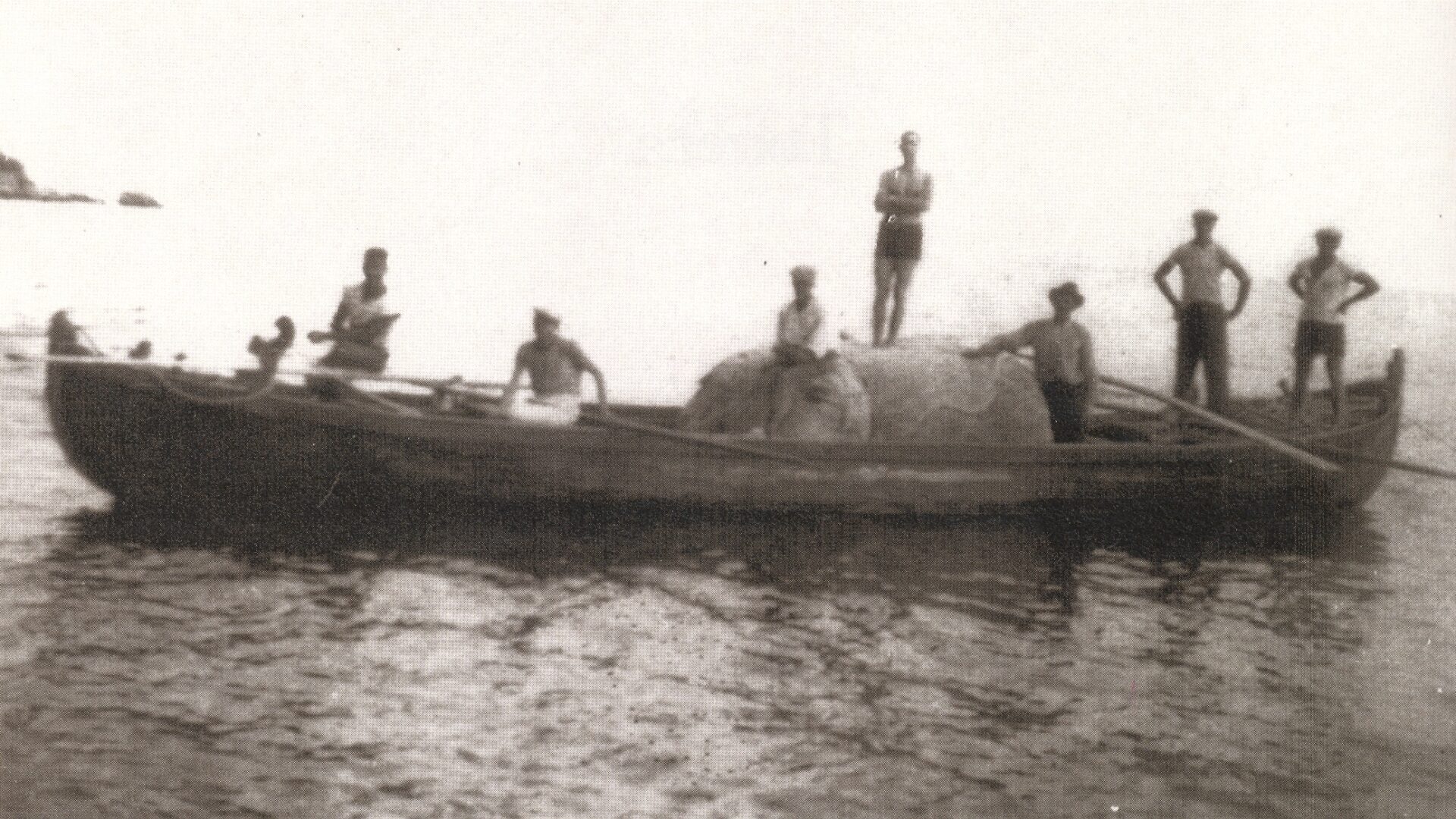 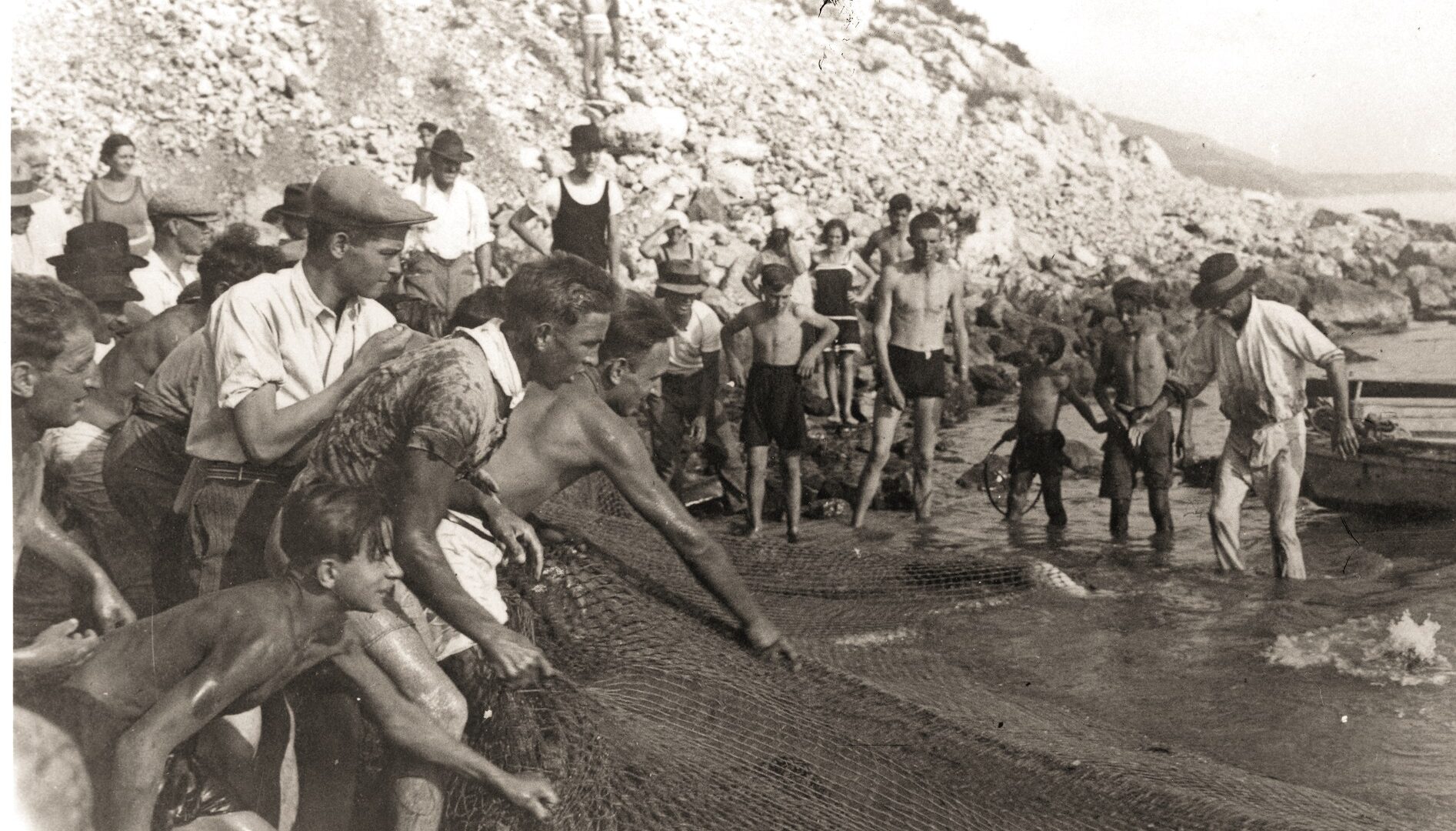 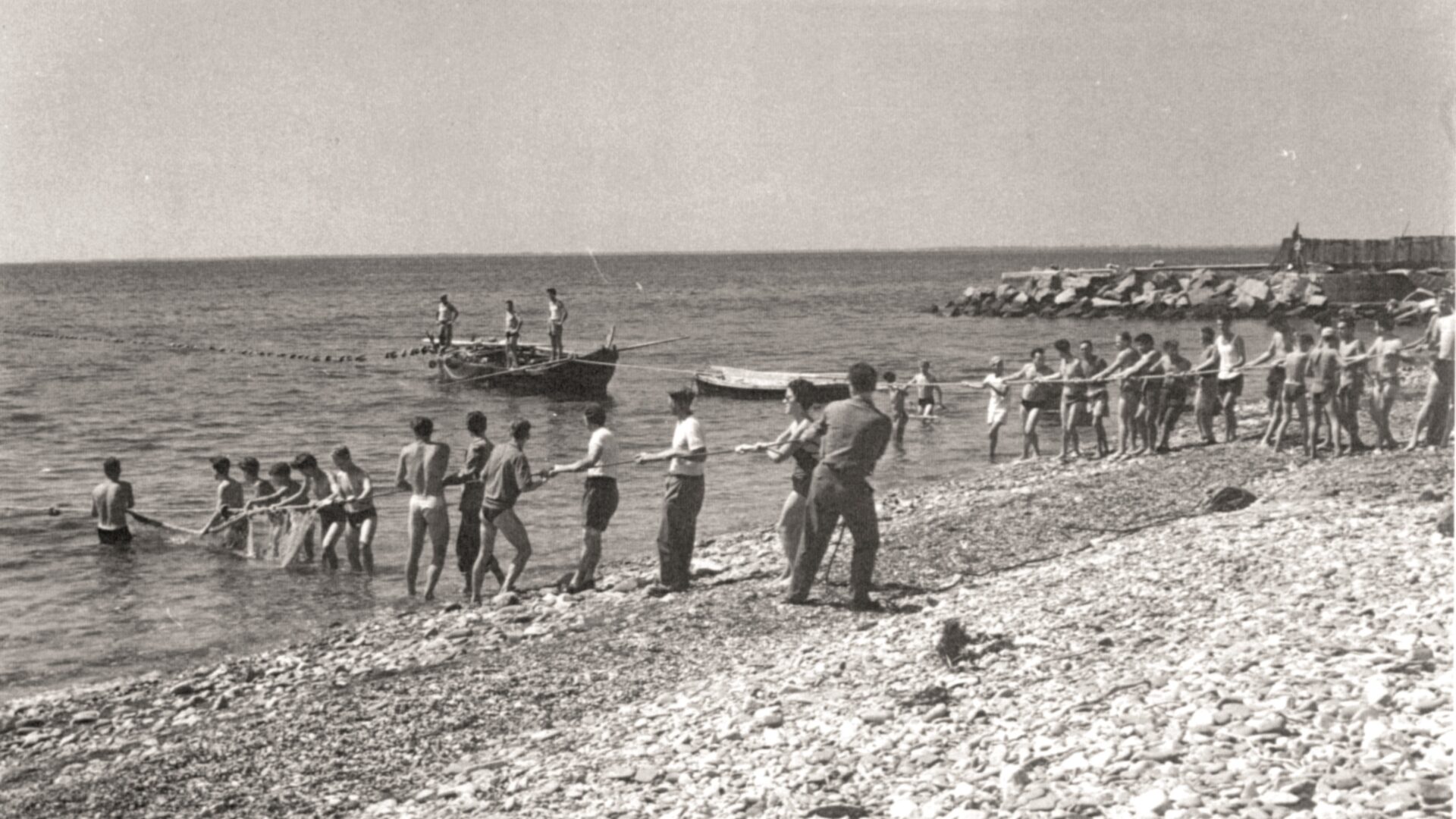 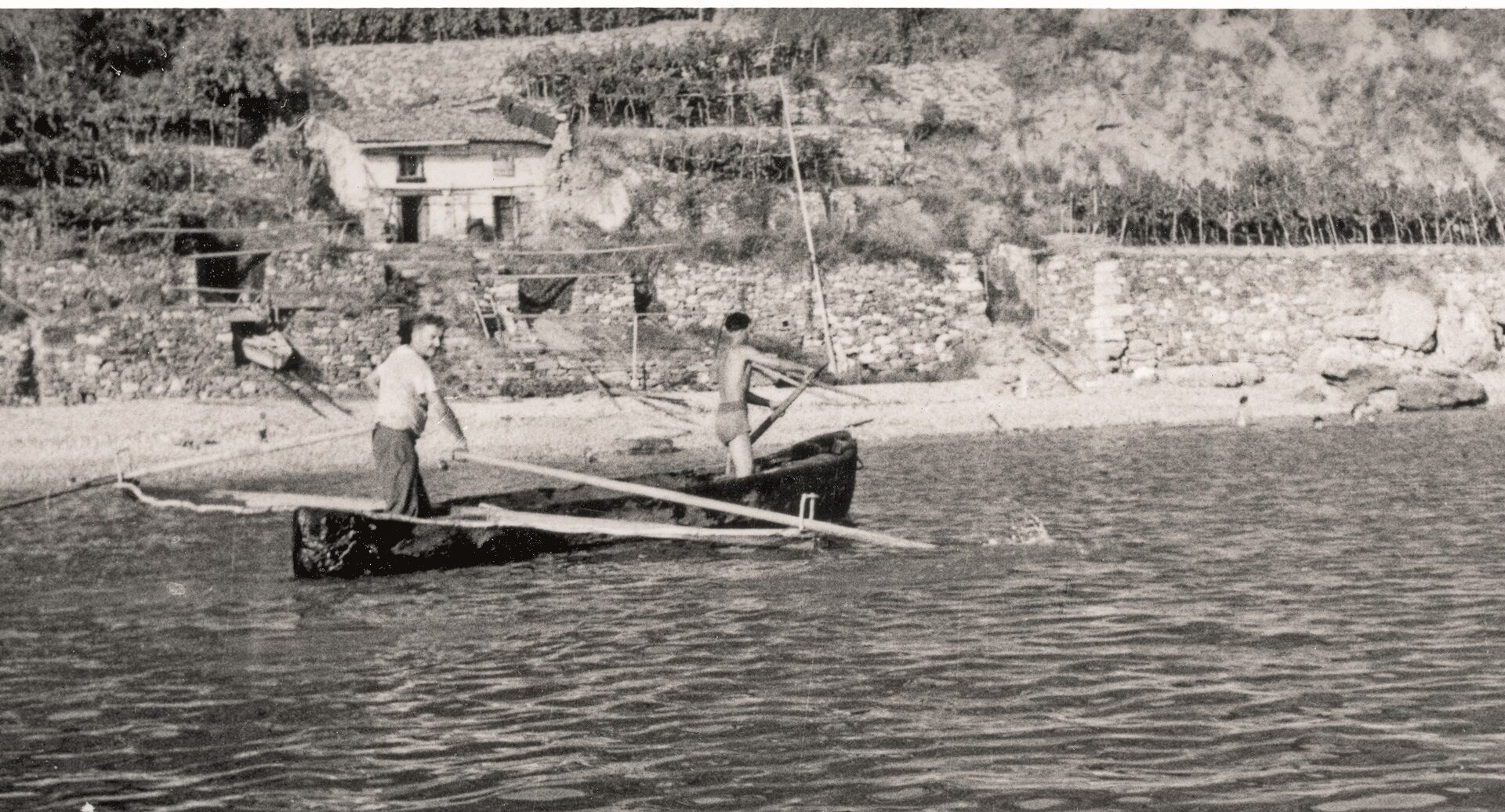 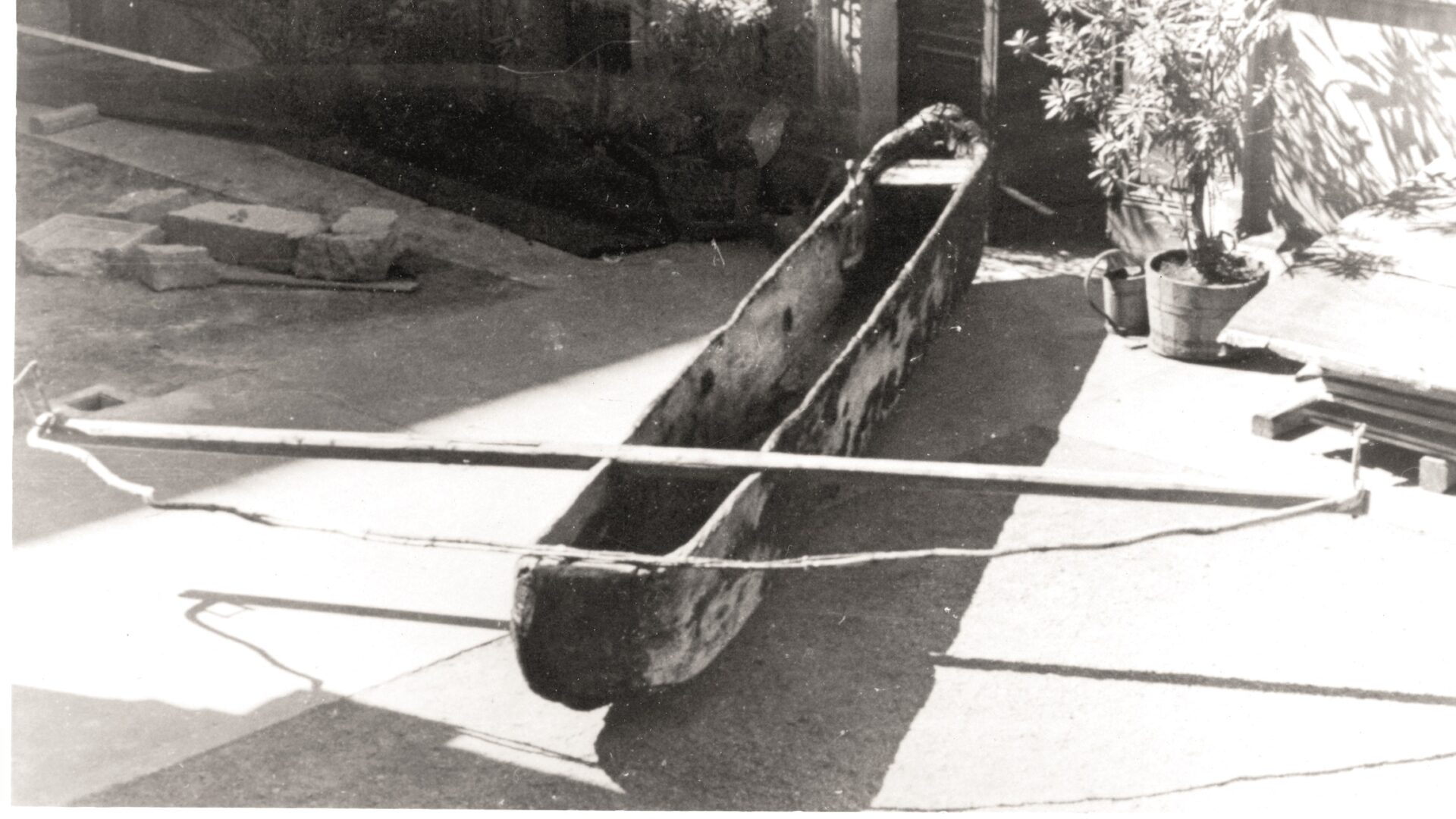