Descriptions and depictions of the port

One of the oldest descriptions of Zadar made by foreigner visiting the city is, unfortunately, related to one of the most tragic years in the long history of Zadar. In 1202, the chronicler of the Fourth Crusade, Geoffroy de Villehardouin, wrote about almost perfect city fortifications, which cannot be conquered without the help of God himself. Describing the conquest of the city, he mentioned a well-made chain that closed the port, which the crusaders had to break to enter the port and encamp on the opposite coast, so that the port was between them and the city. This first, brief description of the city and port was followed by a series of shorter or more extensive descriptions from the pens of early pilgrims.

During the late Middle Ages, pilgrimage was the most popular form of piety. In Christian Europe at the time Jerusalem, the center of the Holy Land, was the most popular pilgrimage destination. Although the trips to pilgrimage sites in the Middle East were recorded in the centuries before the Crusades, they significantly intensified in the period from 1096 to 1291. Thanks to the protection by the Crusaders, the pilgrims could easily visit the Holy Land up until 1187, when Jerusalem fell back into the hands of the Arabs. The main means of travel for European pilgrims were ships, especially from the 12th century, when the power of the maritime republics of Genoa and Venice increased. Usually, Venice was the starting point of the pilgrimage from Europe to Jerusalem and Zadar was an unavoidable stop on that road.

Zadar is mentioned in a large number of pilgrimage texts. In Zadarʹs port their ships stopped not only for supplies, but pilgrims were usually required to visit the church of St. Simeon in which the body of St. Simeon lies. Adoration of the relic of St. Simeon was a part of the pilgrimage itself, which means that the visit to Zadar was planned in advance. The oldest known and published pilgrimage report mentioning Zadar was written in Latin by Fr. Šimun Šimunov, an Irishman, in 1324. In addition to mentioning the body of St. Simeon, he gave a brief description of the hats worn by rich citizens of Zadar and stated that Zadar has many islands, as many as there are days in a year.

In the 15th century pilgrims still visited Zadar and mentioned the city and the port in their travelogues. The French pilgrim Bertrandon de la Broquiere wrote that Zadar is surrounded on three sides by the sea and that it has a good port that can be closed by a strong iron chain. Other pilgrims are scanty in the description of the city port, but they describe the city as very beautiful, well supplied and protected, surrounded by walls and enclosed by the sea on all sides. Apart from the city, the pilgrims also admired the various customs they had the opportunity to see in the city. Ritter Konrad von Grunemberg from Constance described the relic of St. Simeon and other reliquaries, some of which have been preserved to this day. He described a wedding procession and a church ceremony that took place in the Slavic language. During a visit to Zadar, a priest from Milan, Petar Casola, noticed that some pilgrims with injured legs had troubles walking on the cobblestones of Zadar’s streets after disembarking from the galley. Additional problems were created by the large crowd around the sarcophagus of St. Simon. 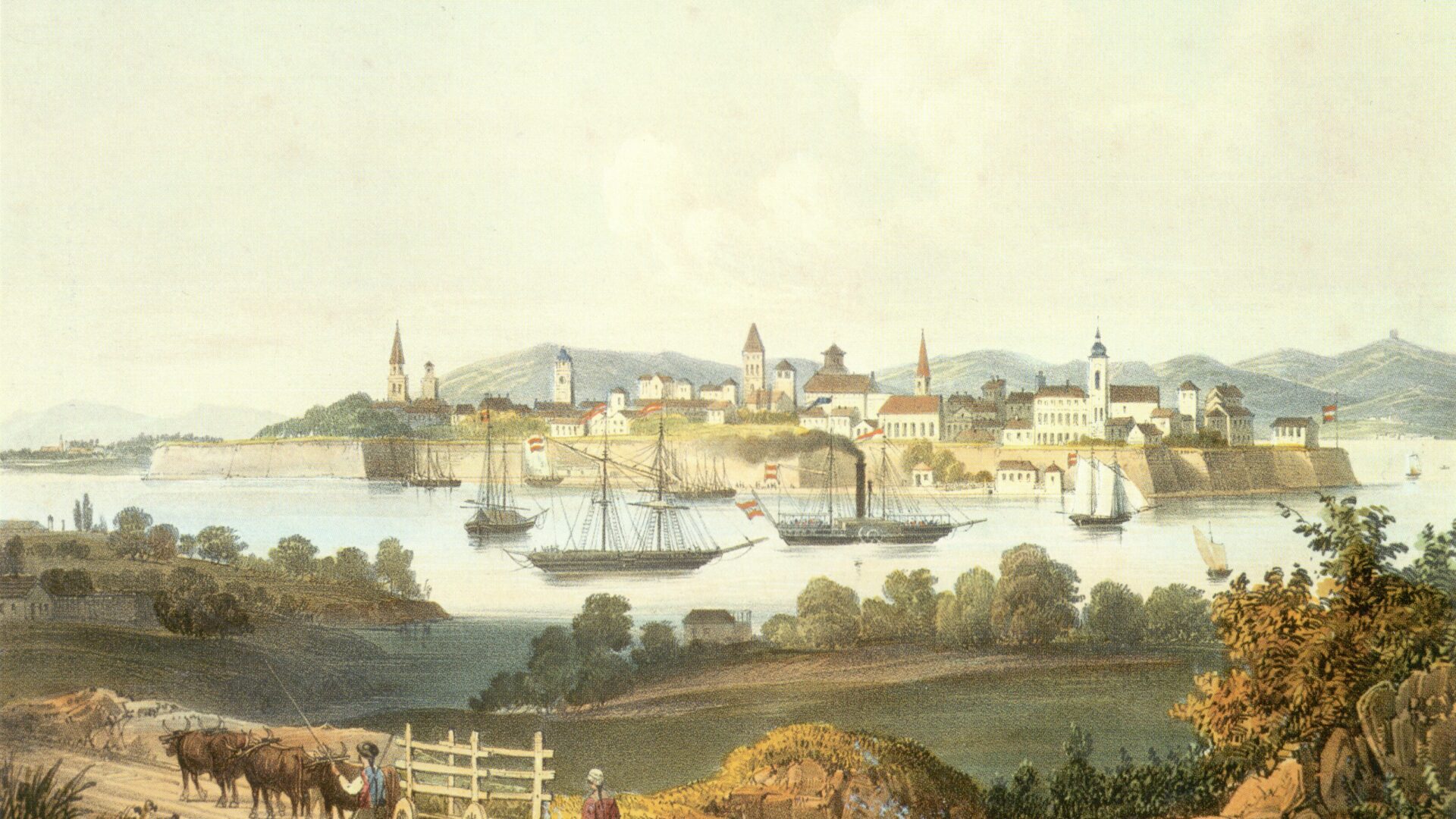 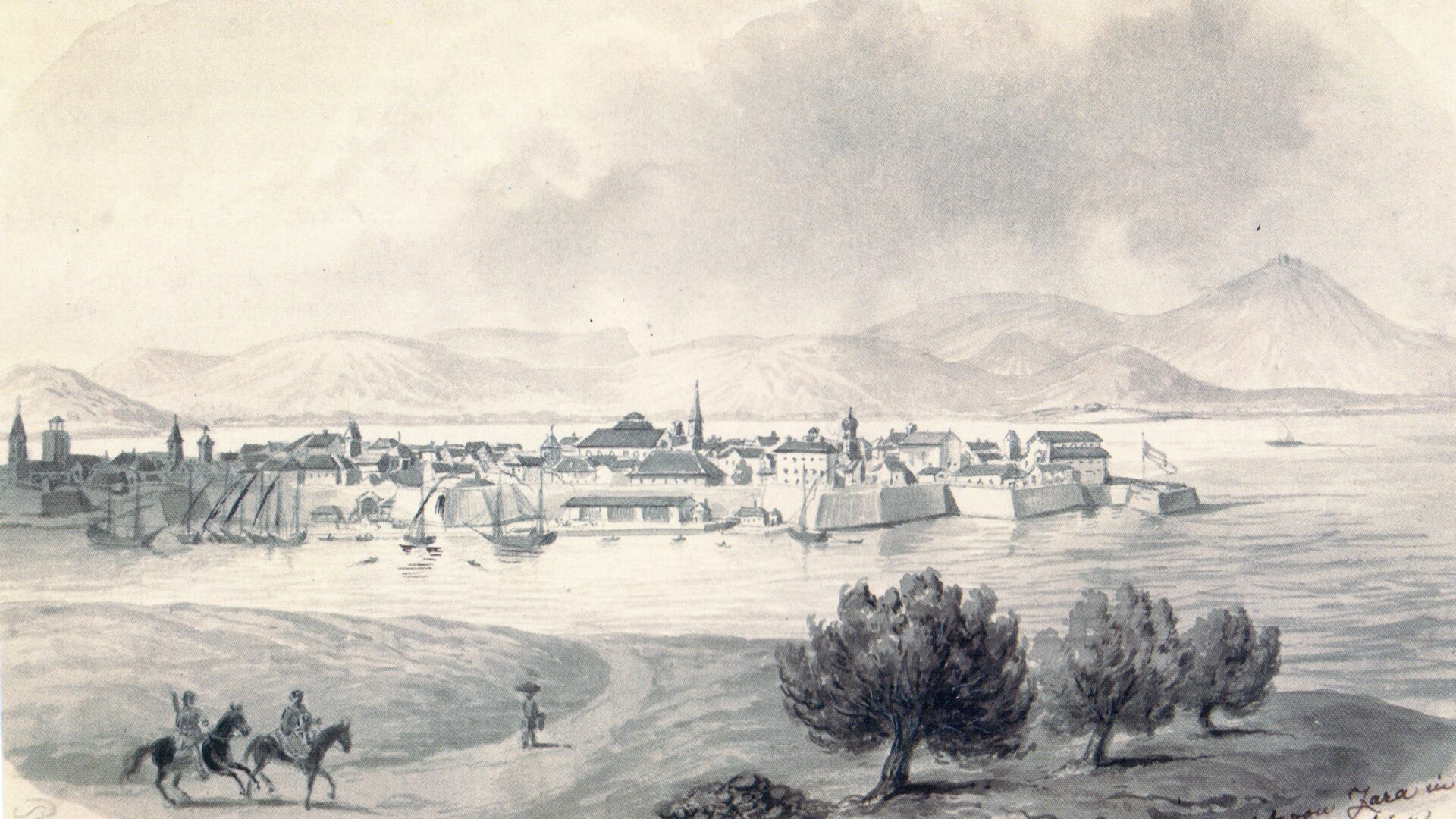 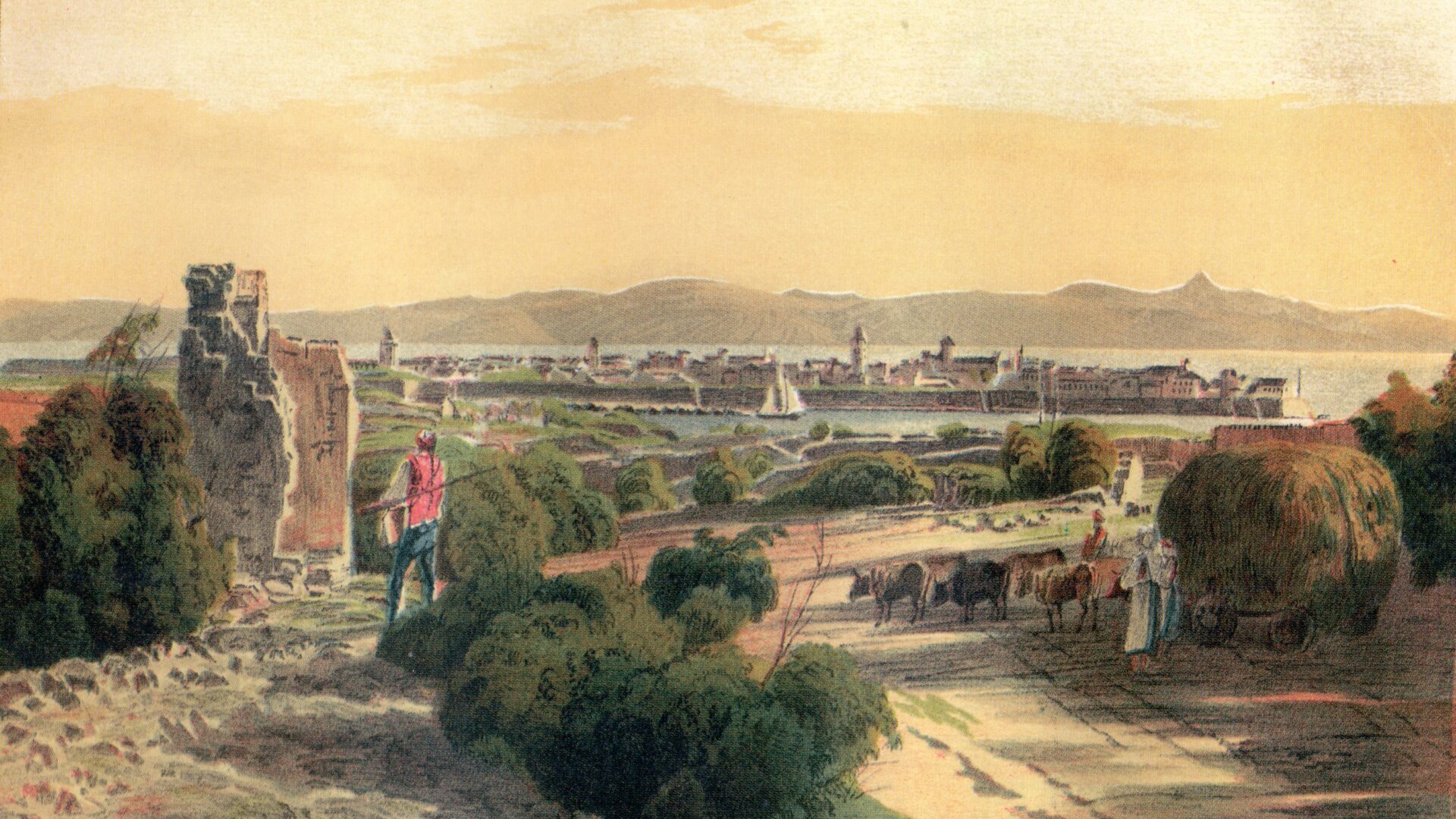 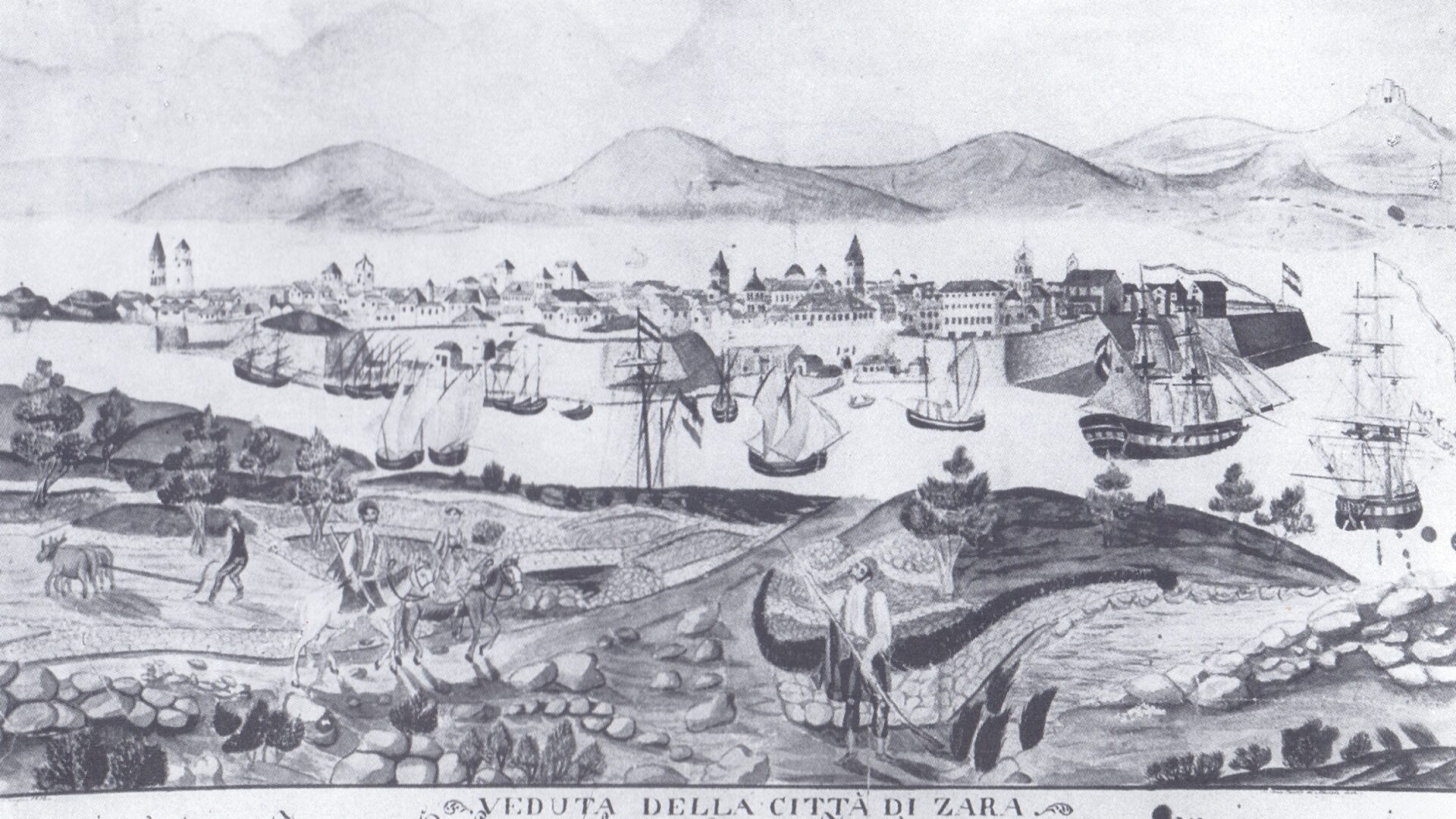 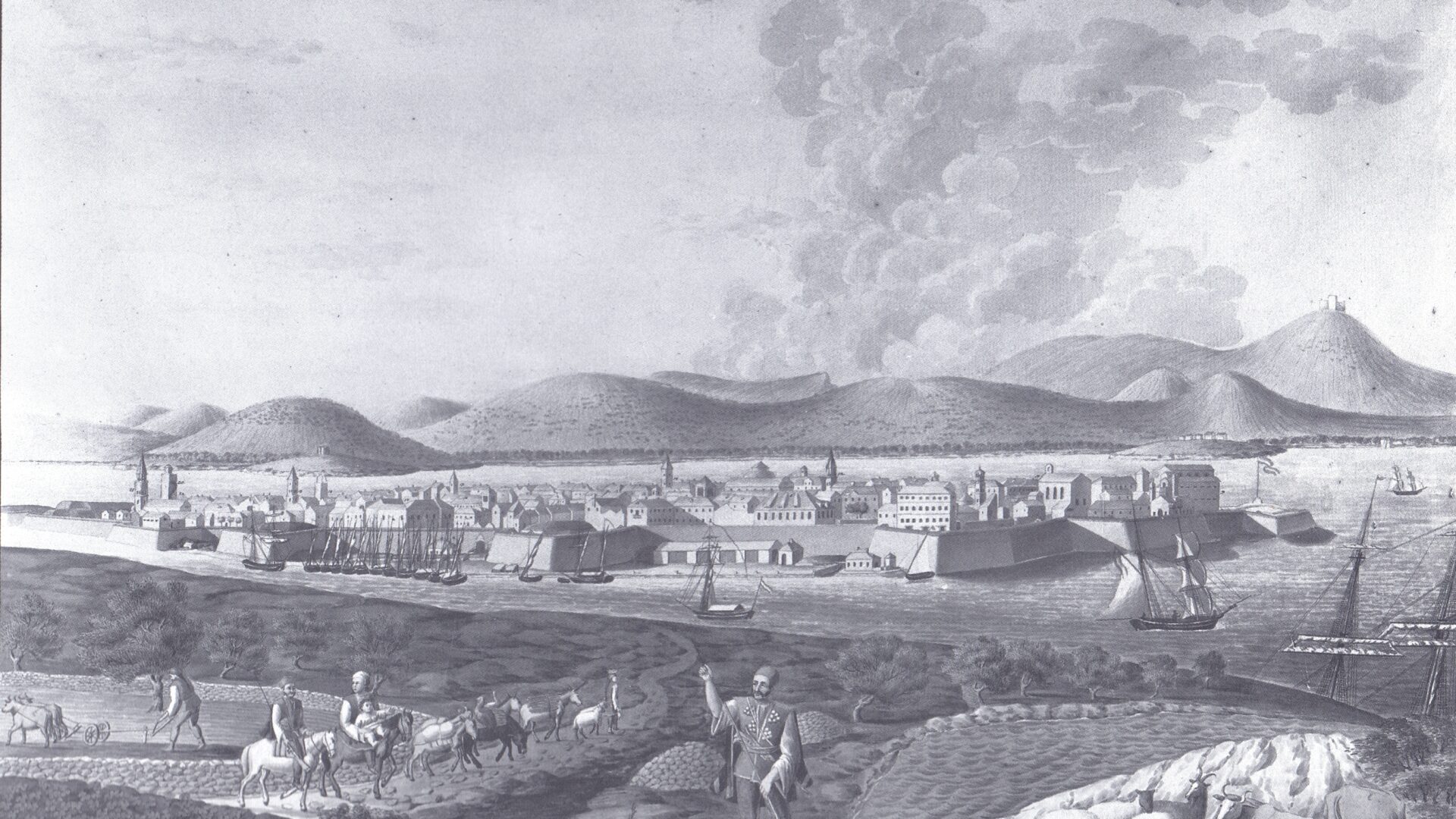 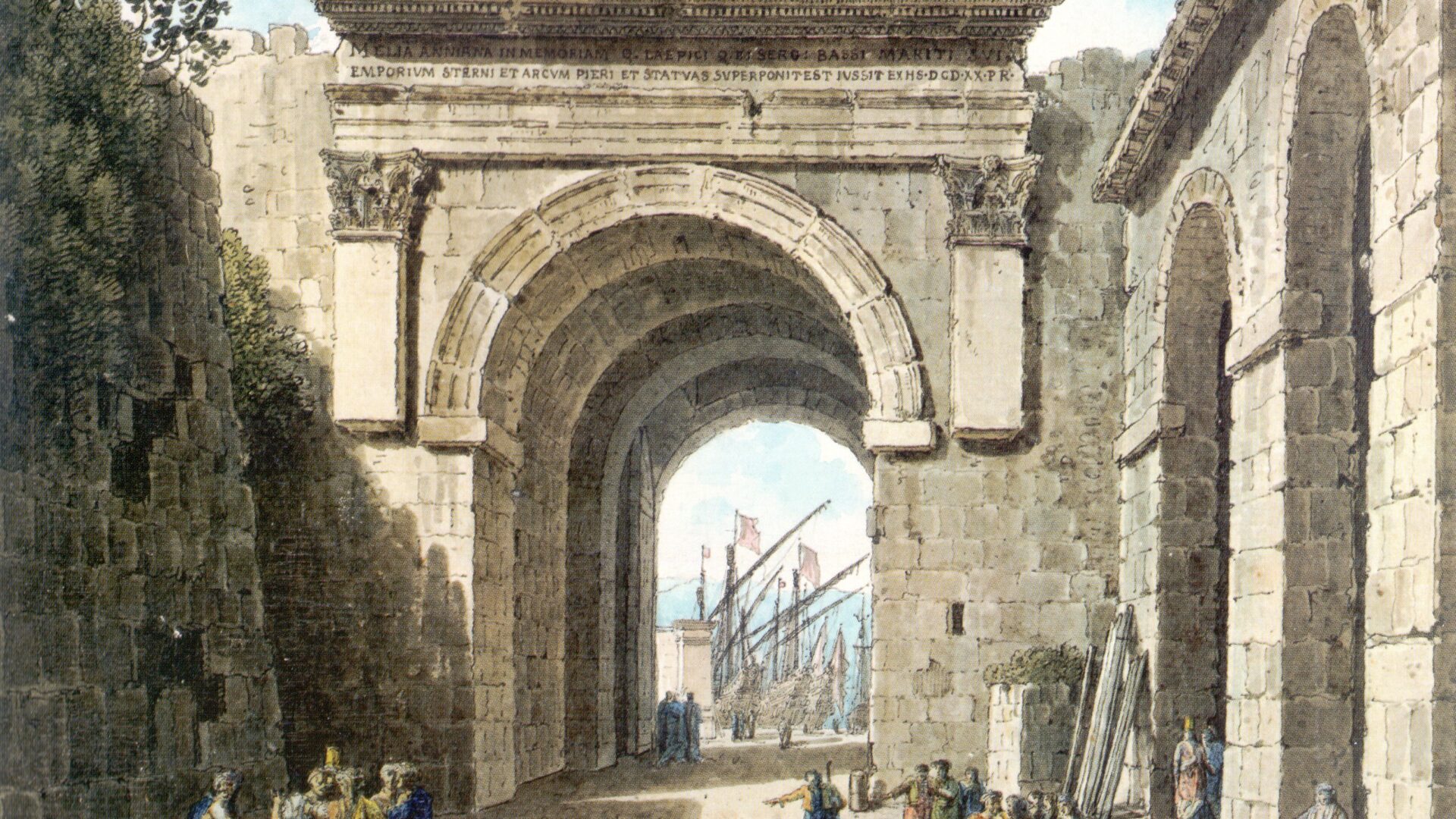 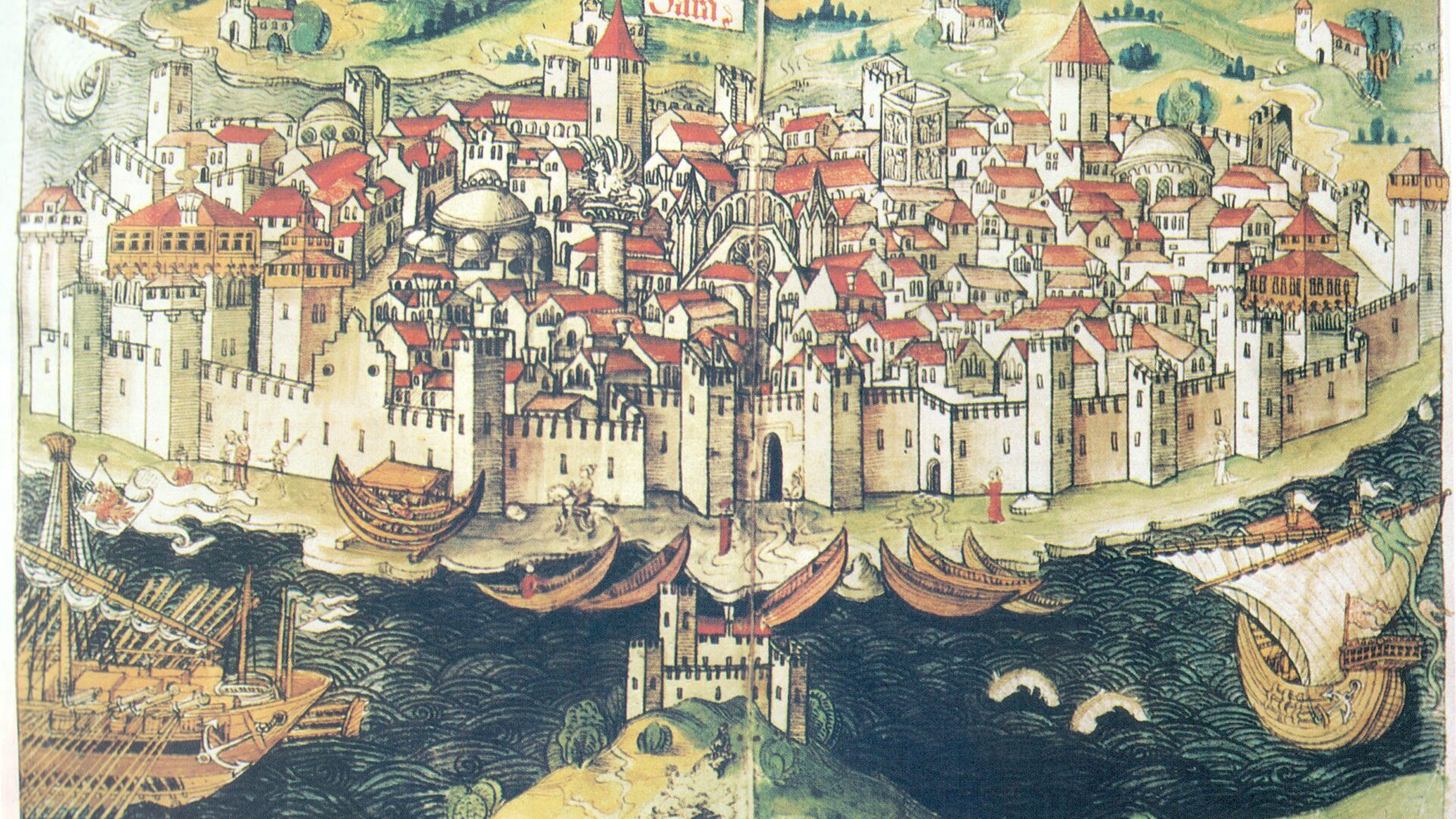